PERTH, Australia (AP) — Despite what Australia called an ‘‘intensifying search effort,’’ an international hunt Sunday by aircraft and ships in the southern Indian Ocean found no debris linked to the Malaysian jet that vanished more than three weeks ago.

Several dozen angry Chinese relatives of Flight 370 passengers demanded ‘‘evidence, truth, dignity’’ from Malaysian authorities, expressing their frustrations at a hotel near Kuala Lumpur as the mystery drags on.

Nine aircraft and eight ships searching the waters off western Australia found only ‘‘fishing equipment and other flotsam’’ not connected to the Malaysia Airlines plane, the Australian Maritime Safety Authority said. The Boeing 777 disappeared March 8 while flying from Kuala Lumpur to Beijing with 239 people aboard.

But at least four orange objects that were more than 2 meters (6 feet) in size were seen by the crew of an Australian P3 Orion search plane, said the pilot, Flight Lt. Russell Adams, after returning to base.

‘‘I must stress that we can’t confirm the origin of these objects,’’ he said, adding that images of the items have yet to be verified, and a GPS buoy was dropped and ships must still investigate.

Adams said it was ‘‘the most visibility we had of any objects in the water and gave us the most promising leads.’’

The planes and ships are scouring a search zone that was redefined Friday based on satellite data from the Boeing 777, but they have found no debris associated with the flight, said Australian Navy Commodore Peter Leavy. The zone lies in a shipping lane where sea trash is common, complicating the effort.

Australian Prime Minister Tony Abbott insisted the ‘‘intensifying search effort’’ was positive because objects ‘‘have been recovered from the ocean’’ in the zone after a weeklong search in another area saw items from planes that ships never managed to find.

Eight ships were on the scene, an area roughly the size of Poland or New Mexico, about 1,850 kilometers (1,150 miles) west of Australia. The vessels include the Australian navy supply ship HMAS Success, which was designated to carry any wreckage found.

‘‘We have got to have conclusive visual evidence of debris,’’ said Cmdr. William Marks, a spokesman for the U.S. Navy’s 7th Fleet, appearing on CBS’ ‘‘Face the Nation.’’ ‘’That is the most important thing. So we have to keep flying these missions out of Perth.’’

Searchers were hampered by rain and low clouds, but still were able to look for debris because of visibility of about 10 kilometers (6 miles). It takes planes about 2 1/2 hours to get to the area, allowing a five-hour search before they must return.

For a full week, searchers relied on satellite imagery from various countries as they tried to find the plane in a zone to the south of the current area. They abruptly shifted the site Friday after authorities concluded the plane could not have traveled as far as they had thought based on its estimated speed and fuel consumption.

That prompted the change in the search for the plane’s likely entry point into the sea and the possible location of its flight recorders, or ‘‘black boxes,’’ which should contain clues to what caused the aircraft to fly so far off-course.

The Ocean Shield, an Australian warship with a U.S. device that detects ‘‘pings’’ from the flight recorders was joining the search. It will still take three to four days for the Ocean Shield to reach the search zone.

‘‘The ship will take part in the surface search until the debris is positively identified and an underwater search area is then predicted,’’ U.S. Navy Capt. Mark Matthews said.

In addition to the ping locator, the ship will also have an unmanned underwater vehicle and other equipment to look for wreckage on the seabed.

The search area is so big that investigators are first hoping to find floating debris so they could set a smaller zone using sophisticated analysis to determine a location from where the pieces drifted. Even if they do that, recovering the flight recorders could be complicated.

Despite the huge area, one advantage is the seabed of the search zone is generally flat, with the exception of a steep slope and a deep trench near its southern end.

The area is dominated by a muddy ocean floor known as Broken Ridge, which is actually a plateau where depths range from as shallow as about 800 meters (2,625 feet) to about 3,000 meters (9,843 feet).

At the edge of the plateau closest to Antarctica is the Diamantina trench, which has been found to be as deep as 5,800 meters (19,000 feet) within the confines of the search zone, although it could be deeper in places that have not been measured.

Matthews said the Navy’s ping locator has the ‘‘capability to do search-and-recovery operations down to a depth of 20,000 feet.’’

If searchers don’t get a location on the pinger, Marks said, ‘‘we then have to very slowly use sonar to get an image, a digital image of the bottom of the ocean. And that is incredibly — a long process to go through. But it is possible.’’

Information on the flight data and cockpit voice recorders may help investigators resolve what happened on Flight 370. Speculation includes equipment failure, a botched hijacking, terrorism or an act by one of the pilots.

At a hotel near Kuala Lumpur, a group of Chinese relatives of passengers on the plane demanded that the Malaysian government apologize for its handling of the search. They also are angry that Prime Minister Najib Razak announced March 24 that Flight 370 went down in the Indian Ocean before any wreckage was found.

The group, which flew in from Beijing, waved banners that read: ‘‘We want evidence, truth, dignity,’’ and ‘‘Hand us the murderer. Tell us the truth. Give us our relatives back.’’ They also demanded a meeting with Najib.

An official tweet from Najib on Sunday said, ‘‘My thoughts are with the family members of #MH370.’’

He added: ‘‘We will not rest until the plane is found.’’

Two-thirds of the 227 passengers were Chinese. China has urged Malaysia to be more open about the investigation, while Malaysian officials have defended their handling of the probe and the information they have provided to the relatives.

In Beijing, tensions were still high at a hotel where other Chinese relatives have been meeting with Malaysian representatives. On Sunday, one woman asking questions called Malaysia Airlines ‘‘criminal suspects’’ to applause from the crowd of about 250 people.

Relatives asked why materials being shown to them were in English and not Chinese.

Malaysia Airlines said it would fly family members to Perth, but only once wreckage is confirmed to have been found from the plane. It said a family assistance center would be set up in Perth.

In Sepang, Malaysia, not far from the airport where Flight 370 originated, Lewis Hamilton of Britain won Formula One’s Malaysian Grand Prix and dedicated his win to the victims of the flight and their relatives. Before the race, fans held a moment of silence.

‘‘We hope very soon there is news to give comfort to the families,’’ said spectator Chris Sprangers of Australia. 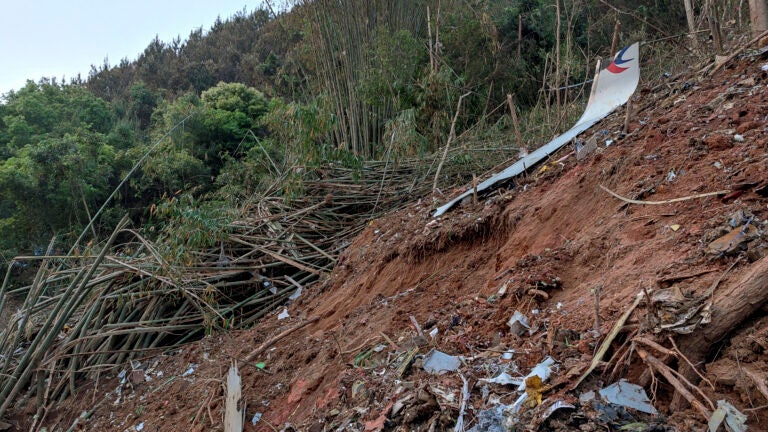