Three months after the mass kidnapping of more than 200 schoolgirls in Nigeria, the Islamic militant group responsible for the abduction has released a new video mocking efforts to rescue the girls, CBS News reports.

“‘Bring Back Our Girls.’ Ooooh! Bring back our army,’’ [Boko Haram leader Abubaker Shekau] says on the video, jeering at the Nigerian military.

The video refers to the #BringBackOurGirls Twitter campaign, which emerged in Nigeria after the April 15 kidnapping and spread around the world with celebrities, politicians, and world leaders also taking up the cause. The campaign also spurred rallies and protests around the world demanding action to rescue the girls.

The video also references the group’s earlier demands that President Goodluck Jonathan release detained insurgents in exchange for the schoolgirls.

In Nigeria, there has been continued national outrage over the failure to rescue the girls. The kidnapping and international outcry led the US and other countries to offer hostage negotiating assistance and intelligence expertise to Nigeria.

But while the mass kidnapping and #BringBackOurGirls campaign drew worldwide attention, that international fervor has faded 90 days after the abductions. Meanwhile, Boko Haram attacks have increased in numbers and casualties, according to the Associated Press.

In the same video where Boko Haram’s leader mocked the #BringBackOurGirls campaign, he also claimed responsibility for recent bombings in Nigeria’s capital Abuja and Lagos, the country’s commercial hub and Africa’s most populous city.

‘‘We were the ones that detonated bomb in Abuja, that corrupt city,’’ Shekau says in the video of the first June 25 blast at the entrance to the biggest shopping mall in the capital in central Nigeria, which killed at least 21 people. It came hours before the explosions in Lagos, in the southwest of the country, that raise fears that the insurgency is spreading from its stronghold at the opposite end of the country in the northeast.

‘‘We were responsible for the bomb in Kano, in Plateau. We were the ones that sent a female bomber to the refinery in Lagos,’’ Shekau says of other recent bombing in the video, which the AP obtained through similar channels used for previous messages.

There have also been reports that the group bombed a major bridge in northeast Nigerian, limiting access to the Sambisa Forest where the kidnapped girls are believed to be held.

Amid news of Boko Haram’s links to those attacks, CNN is reporting that Nigerian police have arrested a senior Boko Haram member.

Last week, Nigeria’s National Council of State promised to deliver “some good news’’ about the missing girls, saying they were satisfied they knew where the girls are located and were confident the government and miliary were “on top of the situation.’’

For the families of the missing girls the wait continues.

Malala Yousafzai, the Pakistani teen who became an international symbol for women’s rights after surviving a 2012 Taliban assassination attempt, offered some comfort to the families this week. Yousafzai marked her 17th birthday Monday with a visit to Nigeria where she met with the families as well as Nigeria’s president, the AP reports.

“My birthday wish this year is ‘Bring Back Our Girls’ now and alive,’’ Yousafzai said during her visit. She also appealed directly to the group responsible for the mass kidnapping. 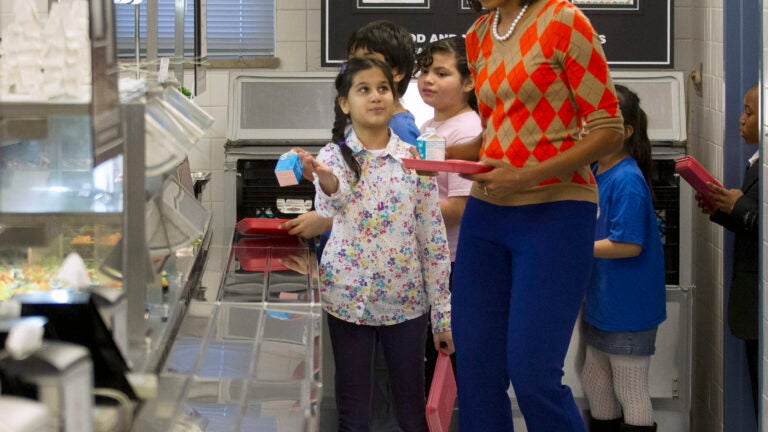