The tibia and fibula were attached to the left foot found by Johns. It was still wearing a white sock and a black shoe.

The exceptionally high tides this time of the year off British Columbia can turn the rocky western coast of Vancouver Island into a graveyard. Bones from gray whales, sea lions and killer whales wash ashore, piling on the beach along fallen evergreens.

But on Thursday morning, Taz, a 6-year-old Rottweiler, sensed something different about a bone tangled in a bed of kelp. Taz darted away from her owner, Mike Johns, to inspect it, sniffing a piece that jutted out on a beach in the hamlet of Jordan River.

Her instincts were right. Johns followed behind her and pushed away the kelp, revealing his dog’s find: a tibia and fibula attached to a left human foot with a white ankle sock in a black running shoe.

In any other part of the world, a sneaker with a human foot washing ashore might be a terrifying discovery, enough to frighten residents and stir fears of a gruesome murder or a serial killer on the loose. But not in British Columbia, where these discoveries have become so common that they are tracked. It was the 13th foot to wash ashore since 2007.

“It’s just a freak thing that it happened to be here,” said Johns, 56, who lives in Jordan River, a surfer’s village about 70 miles southwest of Vancouver, Canada.

Johns said he called the police and then used a stick to pick up what remained of the leg, carried it back to his property and locked it in his greenhouse. He worried that if it remained on the beach, it would have washed back into the ocean or attracted the bear hanging around town or an eagle from the nearby nest.

The Royal Canadian Mounted Police retrieved the remains on Friday, the authorities said, and they are being inspected by the Coroners Service of British Columbia. “We’ll try to get a DNA sample,” said Andy Watson, a spokesman for the service.

During winter months, British Columbia experiences what are known as “king tides,” unusually high tides that can cause coastal flooding. The tides, along with strong currents and the fact that shoes are buoyant, mean that the remains could belong to someone as far north as Alaska or as far south as Oregon, Watson said.

“Our search won’t stay in Canada,” he said.

Watson said it was too soon to determine how the person died.

Since the first severed foot was discovered in August 2007, the cases have caught the attention and imagination of Canadians across the country. By July 2008, five feet had been retrieved in the Strait of Georgia, part of the Pacific Ocean between Vancouver and Washington state.

The 12th foot was discovered in February 2016, a right foot in a black and blue New Balance sneaker that was found about 20 miles west of last Thursday’s discovery. (One foot discovered in 2008 turned out to be a hoax.)

At first, people’s theories for how the feet came to their final resting spot ran from the logical to the hysterical. Maybe they died in a plane crash or fell overboard, some surmised, or they were dumped in the ocean by a serial killer or human traffickers.

But in reality, the explanations were far less sinister. The authorities have identified eight of the 12 feet as belonging to six people, and none died by foul play.

Joshua Constandinou, who owns the Cold Shoulder Cafe in Jordan River, about a half-mile from the site of the foot, said residents were not rattled by the discovery. “At the beginning, it seemed more strange, but now it happens so many times,” Constandinou said.

He said that people understood that science could explain the mysteries. “It makes sense to me that if a body is in the ocean and decomposes, you end up with a shoe that floats and an ankle where it would disconnect from the tibia and fibula,” Constandinou said. “That is what they are finding on the beaches.” 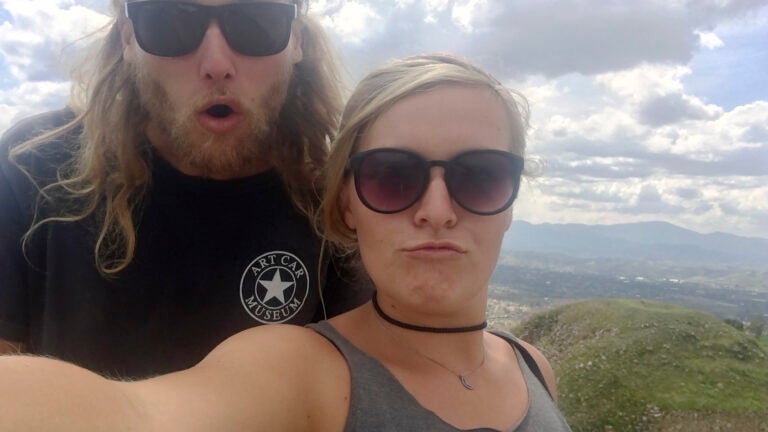