BANGKOK (AP) — Search and rescue teams were looking Sunday for a dozen members of a youth soccer team who were missing and believed to be trapped in a cave in northern Thailand.

Police said that local authorities, police and rescue workers were working with divers to find the 12 boys, aged 11-15, and their coach, who are believed to have entered the Tham Luang Nang Non cave in Chiang Rai province late Saturday afternoon.

The group were apparently trapped when a heavy rainstorm flooded a stream at the cave’s entrance. Police Col. Komsan Saardluan said parts of the cave, which is an estimated 6-8 kilometers (4-5 miles) long, get flooded to a height of as much as 5 meters (16.5 feet) during the rainy season, which runs from June through October.

Footage on Thai television showed bikes and backpacks left at the cave entrance. ThaiPBS television reported that the team members came from various schools in the province and are thought to have been practicing before going to the park where the cave is located.

The search began around midnight Saturday after police received a report of a missing child from a mother who said her son had not returned from the soccer practice that evening, ThaiPBS reported.

It said that the mother last spoke to son when he told her in the afternoon that he was with the group visiting a cave inside the Tham Luang-Khun Nam Nang Non Forest Park in Chiang Rai’s Mae Sai district. 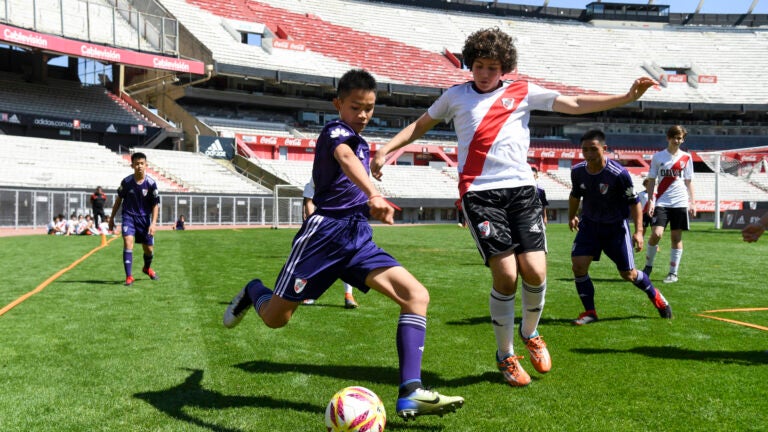