SAN PEDRO DE MACORIS, Dominican Republic – The grounds and orchid-filled interior of the Grand Bahia Principe Resort appear half-empty. Dozens of unoccupied tables surround the buffet restaurant; vacant chairs lie scattered near the serpentine pool. The hotel boasts more than 400 rooms. But on Tuesday, only a smattering of about 30 people relaxed – or tried to – on the private beach.

Two of the six American tourists who have died mysteriously on this Caribbean island in the past year died at the Grand Bahia Principe – a fact that has not gone unnoticed among prospective customers since the news broke last week. Yet that didn’t deter some offseason guests – especially those who had paid in advance.

“We were about to cancel our trip,” said Noemy Morales, a 67-year-old retiree from Texas who booked her trip months before the deaths became news. She came to celebrate her 50th anniversary with her husband, joined by her sister and a friend.

“But we wouldn’t be refunded, so I insisted we come,” she continued. “Our relatives back home told us to be careful, and that they would pray for us. As if they felt bad for us!”

“With social media today, we are exposed and require an immediate response to the current public relations dynamic, a new reality worldwide,” he said. “We are not used to this type of viral communicational outburst and are working with crisis management specialists to establish reaction protocols.”

Since a newly engaged Maryland couple were found dead here on May 30, the country and its tourism industry have been in an online storm.

An autopsy found that Nathaniel Edward Holmes, 63, of Temple Hills and Cynthia Ann Day, 49, of Upper Marlboro, died after their lungs filled with fluid, leading to respiratory failure, according to the national police.

Four similar deaths have been reported at nearby hotels, and claims have surfaced from people who say they were taken suddenly ill here. One website that collects food poisoning complaints from around the world – iwaspoisoned.com – now has dozens of posts by people claiming nausea and vomiting after stays at hotels here.

Miranda Schaup-Werner, 41, of Allentown, Pennsylvania, was celebrating her 10th wedding anniversary when she died May 25, within 24 hours of arriving at her hotel room. An autopsy report showed pulmonary and cardiac problems.

Fox News, quoting a relative, reported that a California man, Robert Bell Wallace, died in April after becoming ill at a Hard Rock Hotel & Casino in Punta Cana. The State Department confirmed the death of a U.S. citizen in April but did not identify the person.

The State Department did confirm the identities of David Harrison and Yvette Monique Sport, U.S. citizens who died on the island last year.

Adding to the spate of bad press: Boston Red Sox legend David Ortiz was shot in the back late Sunday in an ambush at an outdoor restaurant and bar in Santo Domingo, the capital. The former MLB slugger, a Dominican native, was flown to Boston for further treatment and was in stable condition. Local police say they have arrested one of two alleged attackers.

Local authorities say that the tourists died of natural causes and that there is no proof of a trend. The State Department has not issued a travel warning, and U.S. authorities have not asserted any connection between the deaths or foul play. At the request of local investigators, the FBI is aiding with toxicology reports. Results could take up to 30 days.

Roughly 2.7 million Americans visit the Dominican Republic annually, accounting for 47% of tourists. Tourism directly and indirectly accounts for nearly 22% of the island’s economy. U.S. media outlets, including Time magazine and the New York Post, have asked whether tourists should cancel their trips. Hundreds of people on social media have questioned the island’s safety.

In San Pedro de Macoris, home to many hotel employees, residents expressed anger that bad press in the United States could hurt the economy.

Elias Cadete, a 67-year-old taxi driver, blamed “people in countries that are interested in robbing us of our tourists.”

“It’s worrying because tourism is the spinal cord of our economy,” he said. “If tourism falls, my country falls.”

At this resort where the Maryland couple died, junior suites were being offered on hotels.com Tuesday for $157, according to the website.

Hotel managers declined to comment. June is traditionally one of the slowest months on this tropical island. But hotel officials who spoke on the condition of anonymity acknowledged that the property was receiving “more cancellations than usual.”

Paola Rainieri, president of the Dominican National Association of Hotels and Tourism, which represents more than 80% of the country’s hotels, said she expects a drop in visitors this month. She fretted about “irrational and unfair conclusions about isolated incidents.”

“We are immensely worried because all the speculation affects the image of the island and the minds of those who visit us,” Rainieri said. “They may cancel their trips despite a lack of evidence.”

On Monday afternoon, the government launched the campaign “#BeFairWithDR” on social media.

“To judge an entire country for isolated events is unfair,” government spokesman Roberto Rodriguez Marchena said in a statement.

A Belgian couple lying on the beach at the Grand Bahia Principe on Tuesday said they were mostly ignoring U.S. media reports.

“Americans don’t have a great reputation traveling. They are quite delicate,” said 56-year-old Rudy Hugherbart. “The Dominican Republic is a beautiful place, and we love it.”

The Washington Post’s Anthony Faiola in Miami contributed to this report. 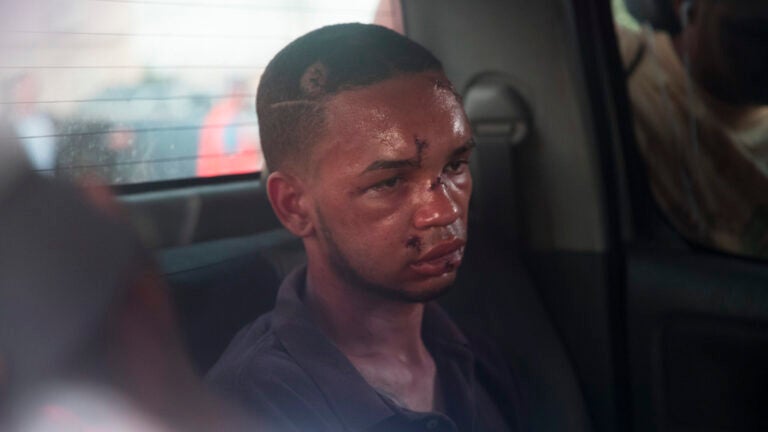 Motorcyclist in David Ortiz shooting 'didn’t know what they were going to do,' lawyer says