VATICAN CITY — Less than 10 days after Vatican officials said they found no evidence that the daughter of an employee who disappeared 36 years ago had been buried in a cemetery inside Vatican City, a new foray there unearthed two ossuaries Saturday that contained unidentified human bones.

Whether any of them belonged to the girl, Emanuela Orlandi, who disappeared at age 15 in 1983, was not possible to say immediately.

Laura Sgro, the Orlandi family lawyer who was present during Saturday’s examination, said that the two ossuaries were underground, in a building adjacent to the cemetery, and that they contained “very many bones.”

“Certainly some are historic, older, but at first sight it’s not possible to do an accurate dating,” she told reporters.

Ossuaries are repositories for skeletal remains and are common throughout Europe, used mostly when cemeteries become overcrowded. In the case of the Teutonic Cemetery, the ossuaries were underground cavities.

“They found thousands of bones,” said Giorgio Portera, the Orlandi family’s forensic expert, who hypothesized that they belonged to “dozens of persons.” He said the bones had not been catalogued or kept in an orderly manner but were “piled up in a cavity.”

On Saturday, all the bones were gathered into 24 bags and sealed, Sgro said.

Without quantifying the number of skeletal remains that had been found, Vatican officials said in a statement that it was not possible “at the moment to predict how long it will take to complete a morphological analysis of the remains found in the ossuaries.”

For centuries, the Teutonic Cemetery, where the search for Emanuela went on this month, was the final resting place for people of Germanic origin. When officials entered it on July 11 and opened two tombs identified as the possible repositories of Emanuela’s remains they found nothing, not even the bones of the two princesses who were supposed to have been buried there in 1836 and 1840.

Seeking an explanation for the missing skeletal remains, the Vatican dug further into its records and found that renovations had been carried out in the area in the 1960s and ’70s. The bones from the empty tombs may have been moved at that time.

Then, a week ago, Vatican officials said they had found the two ossuaries under a trapdoor inside the Pontifical Teutonic College, next to the cemetery.

It was just the newest twist in one of Italy’s most enduring mysteries.

Emanuela vanished on June 22, 1983, on her way home from a music lesson. Investigations into her disappearance have taken numerous, sometimes improbable, turns, and conspiracy theories have flourished.

Her disappearance has been linked to the Sicilian Mafia, to a notorious Rome crime gang, to Bulgarian agents and to a 1981 plot to assassinate Pope John Paul II. Speculation has tied the case to the KGB, the CIA and a U.S. archbishop who was linked to a major Vatican banking scandal in the 1980s.

Some said Emanuela had moved to London, where she lived under a different name.

None of those theories have been borne out.

The search turned to the Teutonic Cemetery’s tombs after people working in the Vatican suggested to Pietro Orlandi, Emanuela’s brother, that she could have been buried there. Last month, the Vatican approved the opening of both tombs in what Orlandi said was a concrete sign of cooperation.

In an article in Osservatore Romano, the Vatican newspaper, the Vatican’s communication director, Andrea Tornielli, said that the tombs had been opened as a sign of “human and Christian closeness” to the Orlandi family.

He added that it was “certainly not, as has been said, an admission on the part of the Vatican of a possible involvement in hiding a corpse.”

Portera said that the bones appeared to belong to people of various ages and that craniums belonging to adults, but also children, had been found. Using carbon-14 dating methods, the bones could be accurately dated, he said.

“Not down to one year, but we can test them to understand whether they are a few decades old or hundreds,” he said. He said the fact the bones had been stored in an underground ossuary “complicated the situation.”

Sgro said she would ask the Vatican to turn over what documentation they had on whose remains might have been placed in the ossuaries. “We want to understand how these bones ended up there,” she said.

Federica Orlandi, Emanuela’s sister, who was also present Saturday, said the family had little to say, “until we have the scientific results of the bones.” 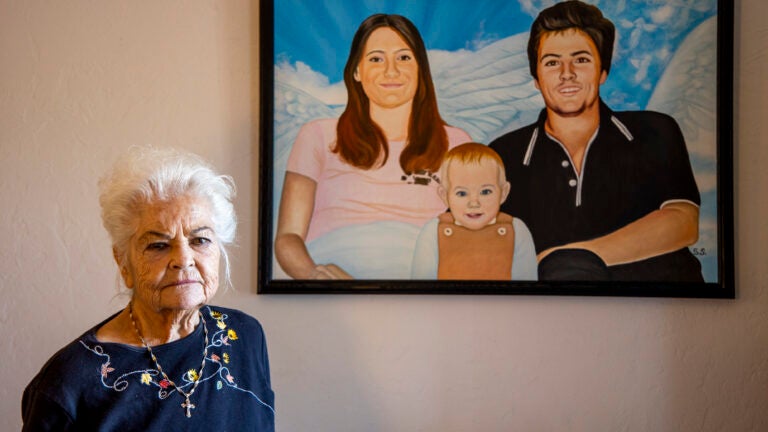