Neil Parker was about 20 feet up a waterfall when suddenly he wasn’t climbing anymore. The same rocks he had scaled many times before were no longer supporting his weight. He was falling, tumbling head over heels as he bounced off the rock face.

Seconds later, he splashed into the creek at the bottom of the falls.

His left leg, just above the ankle, had “clean snapped in half” and his left wrist was also broken. To make matters worse, he was alone. Parker hadn’t told anyone about his plan to take a short hike Sunday in the Mount Nebo area northwest of Brisbane, Australia, and a quick check of his cellphone confirmed that calling for help wasn’t an option. There was no service in the deep rocky gully where he now lay.

“I’m thinking, ‘Only way I’m going to get rescued is self rescue,’ ” said Parker, a seasoned hiker with years of experience volunteering for Australia’s State Emergency Service. “I knew, where I was located, there was no way they were going to be able to find me.”

In what one doctor has called an “incredible story,” Parker crawled for two days, hauling his broken leg over about two miles of rugged terrain, before he was spotted Tuesday local time by a rescue helicopter and airlifted to a nearby hospital.

“I’ve never heard of any such survival effort with two broken limbs,” Nicola Ward, an orthopedic surgeon who is treating Parker at Princess Alexandra Hospital in Queensland, said during a Wednesday news conference.

The saga began early Sunday when Parker, a longtime member of a Brisbane bushwalking club, grabbed his hiking gear and a backpack full of supplies and headed out alone on the three-hour trek around Cabbage Tree Creek. He anticipated being home by lunchtime.

“I caught myself the first time as I started to slide,” he said, “but I had too much momentum and over I went.”

On the way down, Parker recalled, he hit a ledge and bounced off the rock before landing in three to four feet of water.

“The fact that I didn’t sustain a head injury, I think, is quite amazing,” he said.

Without a personal locator beacon, Parker said, his cellphone was his only means of contacting help. But as he put away the phone after checking for service, he accidentally dropped it into the creek.

That’s when Parker decided he had to move if he was going to be found.

“I hadn’t told anybody where I was going,” he said. “I had no way of contacting anyone to tell them where I was or how I was or anything like that, so it was the worst possible scenario.”

Using hiking poles and bandages as a splint because the “whole bottom of my leg came loose,” Parker said, he set his sights on an area about two miles away where locals often exercised. Then he started crawling.

“I had to carry my leg and legs are very heavy when they’re not connected to anything,” he said. “I’d get about a meter, a meter and a half each time before I had to stop and take a break.”

Along the way, Parker rationed his food – a handful of nuts, a protein bar and some lollipops – and pain medication. At night when the temperature dropped, he donned the thermal clothing he packed, trying and failing to get comfortable on the rocky ground.

“I was getting very emotional thinking this is not a nice way to die, just lying here, waiting, waiting,” he said.

What he didn’t know was that people were looking for him.

When he didn’t show up for work Monday, his boss called his ex-wife and she alerted his sisters. Parker said one person remembered him mentioning that he wanted to go to the creek over the weekend and relayed the information to his ex-wife. On Monday, his family started searching with help from his bushwalking group, ABC reported.

The next morning, Queensland Government Air joined the effort, dispatching a helicopter to the area.

At approximately 10:30 a.m. Tuesday, a rescue crew officer spotted a man “laying in a creek bed, under quite heavy tree canopy and waving a coloured object,” according to a timeline provided to The Washington Post. Footage of the rescue shared to Facebook showed a man in a blue collared shirt and tan pants strapped to a board being lifted into the waiting helicopter.

During Wednesday’s news conference, Parker said his survival wouldn’t have been possible without the training he learned as a member of the bushwalking club.

“Everything I had in my kit was used,” Parker said. “If I didn’t have a single piece of it, it would have made it a lot harder. It made a difference between getting out in this condition and probably not.”

Ward, the orthopedic surgeon, said Parker sustained “significant injuries” in the fall. In addition to breaking his wrist, the bones that make up Parker’s ankle joint were fractured. His leg was “dead weight and useless,” she said.

“Each on their own I think would render a normal person incapable of getting out of the bush,” she said. “He’s done extremely well.”

Parker’s idea to fashion his hiking poles into a splint was “genius,” Ward said.

A hospital spokesperson told The Post that Parker is expected to remain in their care for two more weeks. It will likely be another eight to 10 weeks before he can start putting weight on his leg, Ward said Wednesday, noting that the avid hiker may not return to “100 percent normal function.”

But Parker said that won’t stop him.

“I’m pretty confident that I’ll get back out there,” he said. “I may not choose to do some more extreme stuff in the future moving forward, but it is my nature to be adventurous and want to give things a go.” 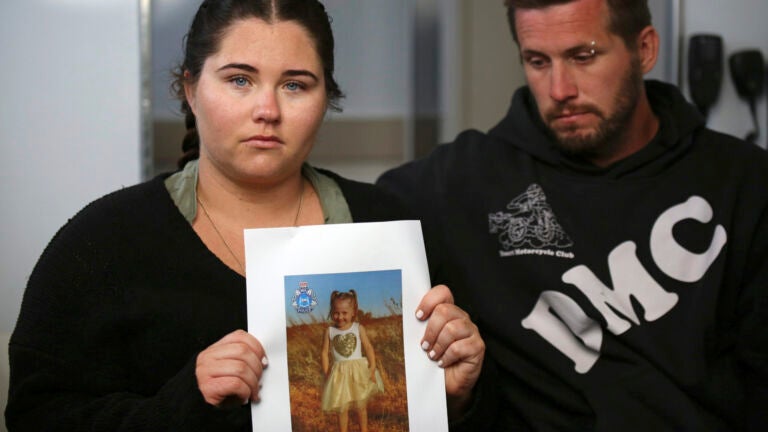 ‘My name is Cleo’: Girl is found 18 days after vanishing from campsite in Western Australia