Jason Marr, an Indigenous lobsterman in Nova Scotia, was unloading his live catch at a storage facility last week when, he said, an angry mob of 200 commercial fishermen began pounding on the door, screaming to be let in.

Terrified, he barricaded himself inside a cold storage area, waiting for more than 90 minutes for police officers to respond to his call for help, as the crowd outside tossed rocks and a man urinated on the passenger seat of his van parked outside.

When authorities finally did arrive at the plant, Marr’s ordeal was not yet over. As several officers surrounded him, he said, the commercial fishermen formed a human chain and began passing crates of lobster from the building to the shoreline, dumping more than 3,000 pounds of his live lobsters.

Then, just days after the plant was ransacked, it was burned to the ground this past weekend, and the fire is being investigated as arson, rattling a sleepy community whose local economy depends on fishing.

“It feels like they have declared a lobster war against us,” said Michael Sack, chief of the Sipekne’katik First Nation, whose lobster fishermen were targeted in the attacks and who himself was assaulted last week when a commercial fisherman lunged at him during a protest at a lobster facility. “I believe that systemic racism is at play,” he added, noting that local suppliers were refusing to sell his people fuel, bait or traps.

On one side are commercial fishermen who say that Indigenous fishermen are threatening their livelihoods by trapping the crustaceans outside the federally regulated lobster season.

On the other are Indigenous lobstermen who say they are being attacked with impunity for exercising their legal right to hunt and fish, a right negotiated in a centuries-old treaty and backed up by a decades-old court decision.

It’s a battle with high stakes.

Canada is the world’s biggest exporter of lobster, with about $1.1 billion of lobster sent annually to the United States. Nova Scotia is among the country’s leading lobster producers.

The lobster skirmish began last month after the Sipekne’katik First Nation opened its own fishery enterprise and began fishing lobster outside of the federal season, which takes place in the area from Nov. 30 to May 31.

Commercial fishermen viewed the Indigenous fishery as a threat to their livelihoods, and acts of sabotage began soon after. A fishing boat owned by an Indigenous fisherman was burned as the conflict turned violent.

The Sipekne’katik are part of the Mi’kmaq people, who live in Canada’s Atlantic coast, among other areas. Under a treaty dating to 1752, the Mi’kmaq have a right to hunt and fish to earn a “moderate livelihood.” That right was cemented in 1999 in a ruling by Canada’s Supreme Court.

But successive governments have failed to define what constitutes a “moderate livelihood,” and commercial fishermen argue that Indigenous fishing is undermining lobster conservation efforts and, by extension, their business.

This fight over lobster is only the latest flashpoint in a series of abuses against Indigenous people that have spurred a national reckoning about systemic racism in Canadian health care, education and law enforcement.

The government of Prime Minister Justin Trudeau has made reconciling with Canada’s Indigenous community a priority of his premiership in a country where they have been deprived of land, resources and food over the centuries. In 2018, Trudeau acknowledged the nation’s past “humiliation, neglect and abuse” of the country’s 1.4 million Indigenous people.

The violence in Nova Scotia has become a national political issue, with leaders of the opposition parties criticizing the government’s response. Jagmeet Singh, leader of the opposition New Democratic Party, has called the attacks “terrorism.”

On Monday, Indigenous Services Minister Marc Miller called the violence “disgusting, unacceptable and racist in nature,” joining a chorus of disapproval from government leaders, including Trudeau.

Members of the commercial fishing industry blamed the government for aggravating tensions by failing to adequately regulate lobster fishing.

Colin Sproul, vice president of the Bay of Fundy Inshore Fishermen’s Association, which represents 150 family-owned lobster businesses in southwest Nova Scotia, unequivocally condemned the violence. He said the issue had boiled over amid “commercial scale” fishing by Indigenous people during the off season, which he said was depleting the local lobster supply.

“There are existential consequences for our members’ livelihoods,” he said, adding that the well-intentioned imperative to reconcile with the local Indigenous community was taking precedence over science and conservation.

But Jeffrey A. Hutchings, a professor of biology at Dalhousie University who specializes in fishing sustainability, said the approximately 550 traps being used by the Mi’kmaq were negligible in a province where about 900,000 traps were used for lobster fishing.

“One can reasonably conclude that the mortality of lobsters in the area being fished by the Mi’kmaq is minimal relative to the mortality brought about by commercial fishermen,” he said.

The lobster battle has centered in a picturesque area peppered by villages with commercial fishing wharves and lobster plants. The issue has polarized this corner of Nova Scotia, where tensions over fishing rights have flared up in the past.

But the recent violence has surprised many with its intensity.

Police have charged a man with assaulting Sack while another man has been charged with arson for torching a van during Tuesday’s mob attack. A second lobster plant was also targeted in another attack the same night.

Indigenous leaders said the latest attacks underlined how Indigenous people across the country were being unfairly targeted.

In late September, there was a national outcry after Joyce Echaquan, an Indigenous woman and mother of seven, broadcast a Facebook live video showing her being insulted by hospital staff with racist taunts.

That followed an incident over the summer when Allan Adam, leader of one of Canada’s First Nations in Alberta, was tackled to the pavement and punched by police over an expired license plate.

Marr was shocked by the vitriolic hatred he witnessed during the attack, noting how the commercial fishermen poured paint thinners and cement powder in the lobster holding tank in the building.

“There wasn’t one lobster that walked out of that alive,” he said.

Sack said he was concerned by what he characterized as a woeful lack of police response during last week’s attacks, adding that Indigenous lobster fishermen are now afraid of being attacked while fishing. He has called for the Canadian military to intercede.

Over the weekend, Public Safety Minister Bill Blair approved a request by Nova Scotia’s attorney general to send more officers from the Royal Canadian Mounted Police, the national police force, to the area. On Monday, he said law enforcement has been beefed up, including deploying more police officers and the coast guard.

Dora Maillet of Saulnierville, a village where Indigenous people have come to fish for lobster, said people in the area were shaken by the rising violence.

“Usually there’s not much going on and it’s quiet,” she said. “It gets you scared.” 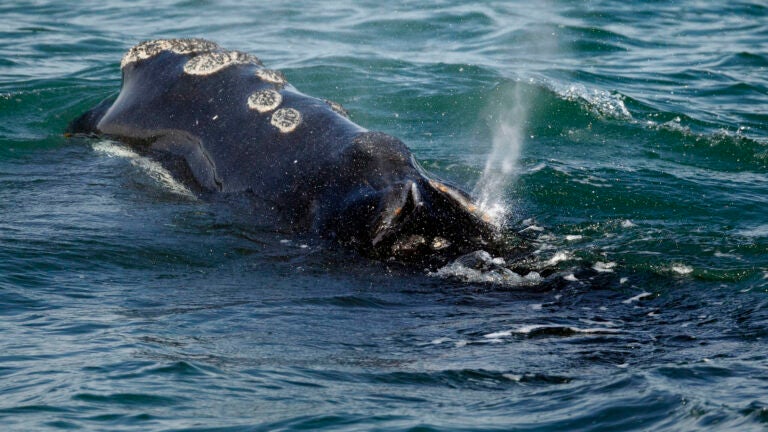