In a formal 2019 decree, the “Duke of Savoy, Prince of Naples and by the grace of God direct heir to Head of the Royal House of Savoy,” amended a medieval law that for centuries had restricted succession in his royal line to male heirs.

He bumped “our beloved granddaughter” Vittoria Cristina Chiara Adelaide Maria up the royal food chain, making her the first woman in 1,000 years to be invested with the authority to eventually lead the family and stake a claim to the defunct monarchy.

“It was the best gift he could give me,” Vittoria, now 17 and a burgeoning Instagram influencer, said from her Paris home.

While Vittoria’s father in Monte Carlo, Monaco, and mother in Paris were as delighted as her grandparents in Gstaad, Switzerland, about her ascension to the top of Italy’s would-be royal family, a rival branch of Savoias were not pleased. Not at all.

“Totally illegitimate,” said Prince Aimone di Savoia Aosta, a cousin and rival claimant, who works as an executive for the Pirelli tire company in Moscow.

And so began the latest chapter in an ongoing dynastic dispute between the pretenders to Italy’s pretend throne. There are bitter feelings, thrown punches, warring noble committees, dukedom politics and as of last month, Vittoria’s ascending social media status.

What there is not is an actual crown to fight over.

Italy is a republic, having abolished the monarchy 75 years ago for its disastrous support of Mussolini, and Italians have approximately zero interest in a royal restoration.

“Never say never,” said Vittoria’s father, Emanuele Filiberto, an Italian television personality who claims the title Prince of Venice, which is also the name of his Los Angeles restaurant and former food truck. (“We do a lot of film premieres. We did ‘Jumanji,’ ” he said.) Obviously, he said, the monarchy wasn’t returning “tomorrow,” but he had no sons and the family needed a head of the royal household to run its historic orders. Plus, “we also have a lot of people who are seeing the family with a potential comeback.”

Few Italians want that, even in Carignano, an ancestral home of Vittorio Emanuele’s branch of the family, which Vittoria became princess of on her 16th birthday.

“Never heard of her,” said teenagers, middle-aged shoppers and old men with canes as they walked near the Piazza Savoia, once home to a castle, now a parking lot.

It seemed that only Paolo Castagno, the local historian, knew anything about Vittoria or the family feud over her ascension. As he showed the tomb of one of Vittoria’s extremely distant ancestors in a church adorned with white stucco angels, he posited a source for the current spat.

“Money,” said Castagno, 59. Only heirs to the throne, he said, control the orders that distribute noble titles in exchange for lucrative payments to the family. By changing the inheritance law, Vittorio Emanuele ensured his branch a future revenue stream and prestige.

“They are the ones getting invited to royal weddings.”

The Savoias, like newly enlightened non-despots, insist that money has nothing to do with it and that they have only high-minded motivations for changing the order of succession, like embracing European Union values and boosting women’s rights. Emanuele Filiberto is currently creating a “Crown”-like series about his grandmother, Queen Marie-José.

“A great anti-fascist,” echoed Vittoria, who called her a role model.

Emanuele Filiberto notes that many of Europe’s remaining monarchs are women, starting with Queen Elizabeth in Britain. Their royal houses have a much better track record of female empowerment than Italy’s Parliament, where women are notoriously underrepresented, he said.

“Monarchies,” he said, “at least we give the power to the women.” The Piazza Savoia in Carignano, once home to a castle, now a parking lot.

Emanuele Filiberto’s wife, French actress Clotilde Courau, whom he met as they fenced at an event organized by his friend Prince Albert of Monaco, also cast her daughter as a gender equality trailblazer.

“It’s a huge thing in history,” said Courau, who lives with Vittoria and her younger sister in Paris. She added that while she wished Vittoria had more time to prepare, “she now, is, how do you say, the future régnante,” or ruler.

Vittoria, when asked whether she thought Italy was ready to have her as a queen, or head of the family, said she had heard “Italy is not really progressive.”

She is already starting to assert herself. Last month, her father helped her draft the language and firm up her intonation for a straight-to-camera defense of the rights of French private school students in an Instagram address to France’s president, Emmanuel Macron.

The speech, viewed nearly 300,000 times, amounted to the public debut of what her father calls a “rock ‘n’ roll princess.”

Like her great-grandfather’s great-grandfather, Vittorio Emanuele II, who united Italy, Vittoria is much more comfortable in French than Italian. When asked if she wanted to be Italy’s queen, she called the concept “abstract” and said she is just trying to figure out what she wants to do in life. She spends her days studying for finals, modeling midriff shirts on Instagram, dancing with friends and gossiping about Prince Harry and Meghan at school.

But mostly, she wants to design her own fashion brand.

For decades, the disgruntled branch of the family, called the Aosta, has argued that the Carignano Savoia are sullying the good family name. Some of them took issue with the marriage of Vittoria’s grandfather, the exiled son of the last king, to a former competitive water skier who wasn’t a noble.

Vittorio Emanuele IV, now 84, has a knack for insulting Italians. It didn’t help his reputation when he was accused of accidentally killing a German tourist with a rifle shot from his yacht off the coast of Corsica in 1978. A French court acquitted him of manslaughter.

In 2006, after Italy let him and his son, Vittoria’s father, back in the country, the patriarch served time in a Potenza jail on charges of involvement in illegal gambling and prostitution, and accepting envelopes full of cash, which he said was a contribution to a noble order. He was eventually acquitted. The Royal Palace of Turin is the most important of the Savoy residences in Piedmont.

In the current fight over Vittoria, the Aosta have turned to an unsanctioned “Board of the Senators’ Council in the Kingdom,” also known as “The Consulta.” Referring to House of Savoy bylaws, the Aosta sympathizers deemed Vittoria’s ascension invalid. Among other things, they argue the law should only be changed when the monarchy is restored.

Prince Aimone, Duke of Puglia, declined to meet for an interview in the Tuscan country estate of his father, Prince Amedeo, Duke of Aosta, who was reportedly punched twice in the face by his cousin, Vittorio Emanuele, at the 2004 wedding of the future King Felipe VI of Spain. Soon after that altercation, Amedeo claimed to be the legitimate Duke of Savoy.

“To put it mildly, it is not a good relationship,” Aimone said in a phone interview. But he said he wanted to avoid a public shouting match with his cousins “over something that doesn’t exist. I try to be more dignified if possible given the great responsibility of such a name.”

Regal condescension runs in the family.

“I don’t even pay any attention to it,” Vittoria said of her detractors.

But her father, backed by a rival Consulta, definitely does.

“They are seeing UFOs,” Emanuele Filiberto said in the Rome apartment of a noble family friend down the street from the hulking Vittoriano, or Altar to the Fatherland, honoring Vittorio Emanuele II.

He scorns cousins who, he said, were never important enough to even exile, and who, having failed in their efforts to supplant his father and him, were now targeting his daughter.

“They were thinking that me, not having any sons, they would finally have what they were waiting for, for 150 years,” but his father foiled their plans.

“They got screwed,” he said. “And they got pissed.”

All of this responsibility is starting to weigh on young Vittoria, and, well, uneasy lies the head that wears an imaginary crown.

Her father is trying to get her to study more, to vacation less, and to understand the value of work.

Emanuele Filiberto can himself seem like the hardest working nonroyal in show business. In the past 20 years, he has sought to win over a skeptical Italian public through its most venerated of institutions, variety television. 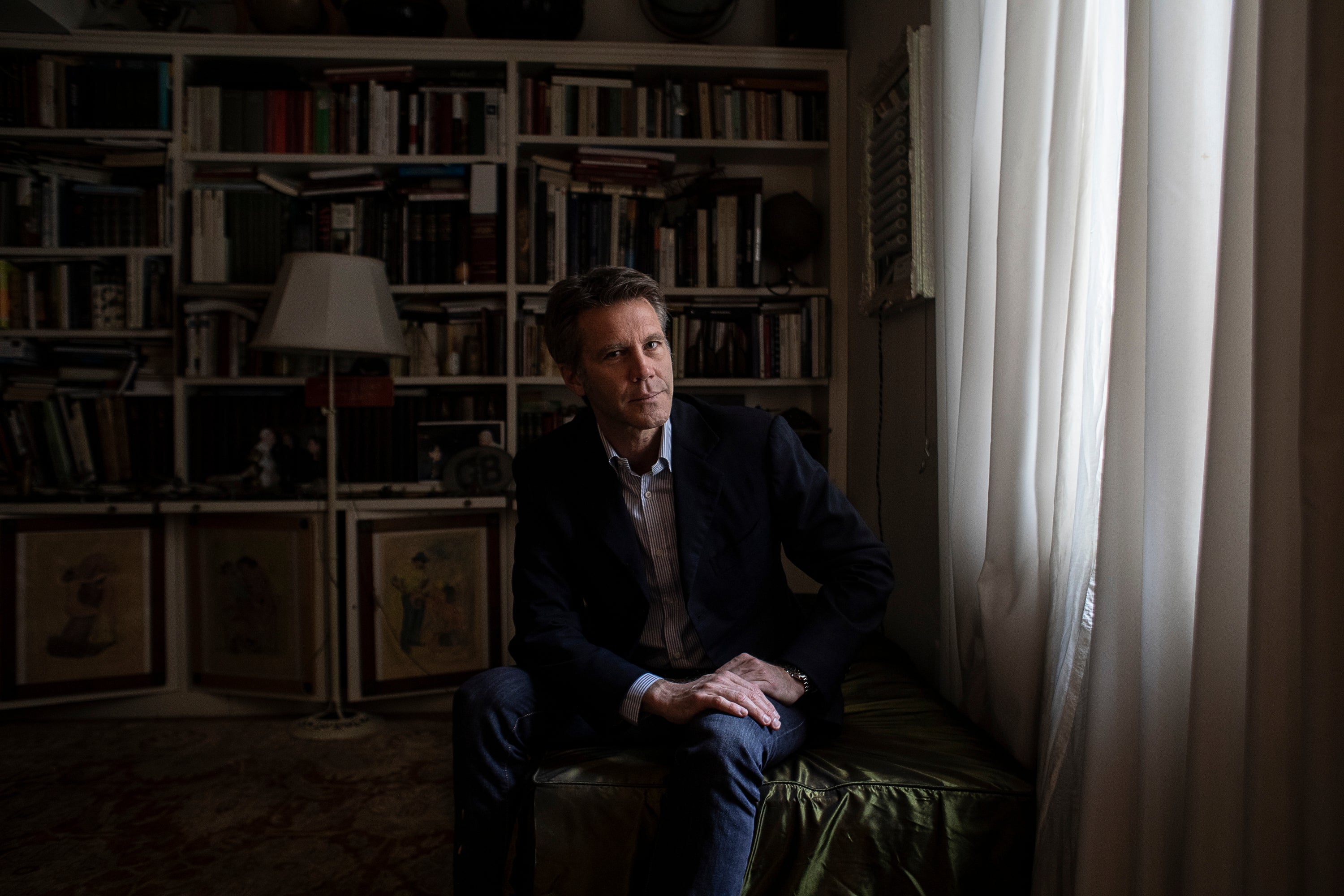 Emanuele Filiberto at a friend’s house in Rome.

He is a star judge on a talent show he competed in during its celebrity season. He won Italy’s “Dancing With the Stars,” nearly won its Sanremo singing competition (“they screwed me”) with a song he wrote called “Italia Amore Mio,” and appeared in a show in which he tried out normal professions. (“What was the worst? Perhaps it was the dog groomer.”)

He has been the face of pickled olives and appeared in an ad for an electronic cigarette company. (“FumOk where you want, like a prince.”)

And last year, he appeared in a short video on Italian television soberly announcing, “I have a duty to officially announce the return of the royal family.” It was an ad for the Netflix series “The Crown.”

Emanuele Filiberto’s efforts to leverage his celebrity into a political career have gone nowhere and he knows he will not be the one to lead a royal restoration. He looks forward to leaving everything, he said, abdicating and sailing around the world.

That is, he said, “once my daughter is prepared.” 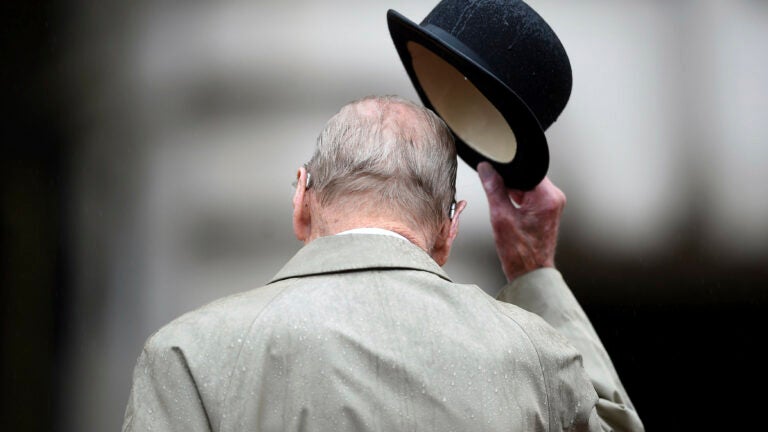