Liang Jing, 31, an ultramarathon champion, and Huang Guanjun, the winner of the men’s marathon for hearing-impaired runners at China’s 2019 National Paralympic Games, were among those found dead, according to state news media.

The deaths prompted outrage in China, with online commentators questioning the preparedness of the local government that organized the race, held at Yellow River Stone Forest Park in Gansu province.

Hours into the event Saturday, the weather suddenly deteriorated as the runners were climbing 6,500 feet above sea level to the 12-mile mark, according to Zhang Xuchen, the mayor of the nearby city of Baiyin, who fired the starting pistol. Runners dressed in shorts and T-shirts were suddenly facing freezing conditions, and rain turned to hail. Some passed out from the cold.

“In a short period of time, hailstones and freezing rain fell in the area, and there were strong winds,” Zhang said. “The temperature dropped sharply.”

Some of the participants sent a video message asking for help, and authorities sent a rescue team that assisted 18 of the athletes, Zhang said. The race was called off by 2 p.m. Saturday.

By evening, officials had started a huge rescue effort involving 1,200 people in search and rescue teams, along with thermal imaging drones and other equipment, state media reported. In video footage from China’s state broadcaster, rescuers could be seen fanning out into the dark with flashlights, some in combat fatigues, others in blue or orange jumpsuits with helmets.

The race, which began at a tourist site near the Yellow River and followed a route through canyons with huge stone stalagmites, had been organized by the local government for the past four years. It was seen as a way to promote tourism in the area, which is in one of China’s poorest provinces.

This year, 172 people participated in the 62-mile race, while hundreds of others were registered to run in shorter events. Officials said 151 race participants were confirmed to be safe, and that one last missing runner was found dead Sunday morning. Eight people were being treated at a hospital.

Zhang said the rescue efforts had been complicated by a landslide after the rain. The region is prone to mudslides and floods.

By Sunday, discussion online in China focused on the apparent failure to prepare for the possibility of extreme weather. Some questioned whether organizers had paid enough attention to the weather forecast.

The news that two elite runners were among the dead amplified the public anger. The state-owned Beijing News reported the death of Liang, who had won several ultramarathons in China in recent years. Two runners who helped with the rescue effort confirmed the death of Huang, according to the state-owned Red Star News.

Steve Brammar, the race director for the Hong Kong 100 ultramarathon, said Sunday that Liang was among the best ultra-endurance athletes in the world.

“We will miss his long, thoughtful, honest answers to questions at the press conferences and his powerful, brave running style,” Brammar said in a message posted on Facebook. Liang ran in the Hong Kong race last year.

“We will always remember him at the finish line of the 2020 event, holding his baby and hugging his wife,” Brammar said.

The Gansu province government has set up a team to investigate the deaths, according to state news media.

“As the event organizer, we feel deeply guilty,” Zhang said. “We express our sorrow for the victims and our deep condolences to the families of the victims and the injured.”

Visit This Clinton, MA, home is on its own private island 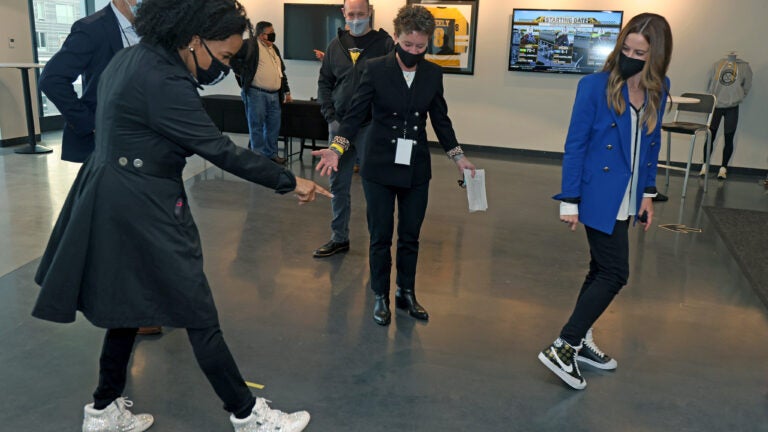