With the death toll from the coronavirus continuing to soar, President Vladimir Putin of Russia announced new restrictions Wednesday, declaring that a seven-day period starting Oct. 30 would be a nonworking week in Russia.

The measure is intended to combat the rapid spread of the virus in Russia, where deaths from COVID-19 have recently climbed above 1,000 a day.

The Kremlin has hesitated to impose unpopular restrictions because of economic fears and widespread public nonchalance about the pandemic.

The “nonworking week” is a new and vaguely defined concept created after the onset of the pandemic. It is not a full lockdown; instead, nonessential workers are encouraged to stay home, while their employers are encouraged to pay them at least the minimum wage to do so.

The chosen week appears to be a compromise: Four of the days are already public holidays in Russia.

The last time the Kremlin announced a similar nonworking week was in May, a time when there were also several public holidays.

Putin said it was possible the week would grow.

“If necessary, nonworking days could be extended beyond Nov. 7,” he told his cabinet in broadcast remarks.

“We only have two ways to get through this — get sick or get vaccinated,” he said in a news conference. “But it’s better to get vaccinated. Why wait for an illness or its serious consequences?”

Golikova proposed restricting access to certain institutions, including workplaces, to vaccinated, tested or recently recovered people. Moscow introduced and then withdrew a similar measure over the summer.

Putin said that workers should be paid even if they don’t work but did not stipulate who would foot the bill. Details about implementing the decree, including who would be considered an essential worker, will be left to regional leaders.

Russian-made coronavirus vaccines, including Sputnik V and the one-dose Sputnik Light, are widely available country, but only 45 million of the country’s 146 million people have been fully vaccinated. Scholars attribute the hesitancy to low levels of trust in the authorities, who have sent conflicting messages about the pandemic since it began last year.

Sputnik V has not been approved by the World Health Organization or the European Medicines Agency, the European Union regulator.

Russian authorities have been critical of western-made vaccines, which are not available in Russia, while promoting Sputnik. Analysts say that has also contributed to confusion and mistrust.

There is also widespread skepticism about the state’s pandemic statistics, with allegations that officials are underreporting cases and deaths.

Mayor Sergei Sobyanin of Moscow announced Monday that people who rode the subway without wearing masks would be fined. On Tuesday, he asked Muscovites older than 60, who make up 60% of all COVID patients in hospitals, to get vaccinated or stay at home.

On Oct. 13, Sobyanin announced he would pay the equivalent of $140 to older residents as an incentive to get the vaccine. Only one-third of people in Moscow older than 65 have been vaccinated, lower than the city’s average.

Andrei Makarov, chair of the lower house of parliament’s budget committee, said Tuesday that 1,100 doctors in Russia had died from COVID during the first six months of this year, more than twice the number who died in all of 2020. Officials estimate that more than 225,300 have people died since the beginning of the pandemic, although independent experts say the government has drastically underestimated the death toll. 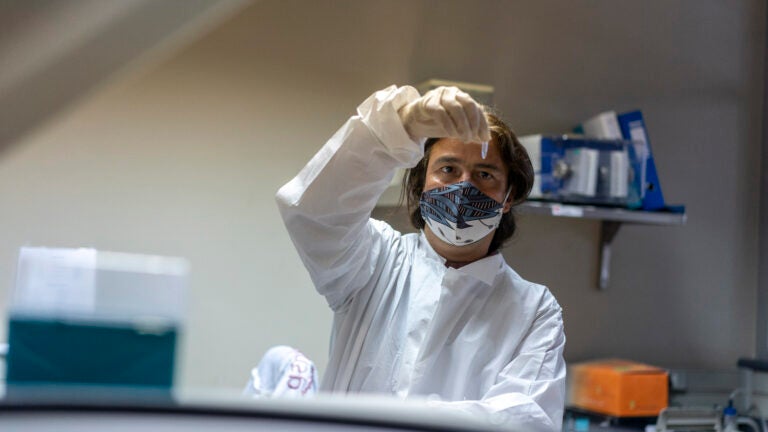 Omicron: What is known — and still unknown