GLASGOW, Scotland — The week began with more than 130 presidents and prime ministers posing for a group photo. Fewer than 10 were women. Their median age was older than 60.

The week ended with boisterous protests of thousands on the streets of Glasgow. A march Friday was led by young climate activists, some barely old enough to vote in their countries. They accused the world leaders of wasting what little time remains to safeguard their future.

These bookends to the first week of this watershed international climate summit in Scotland reveal a widening divide that threatens to grow larger in the weeks and months ahead.

Those with the power to make decisions about how much the world warms in the coming decades are mostly old and male. Those who are angriest about the pace of climate action are mostly young and female.

The two sides have vastly divergent views of what the summit should achieve. Indeed, they seem to have different notions of time.

At the summit, leaders are setting goals for 2030 at the earliest. In some cases, they’re setting targets for 2060 and 2070, when many of today’s activists will be hitting retirement age. The activists say change must come immediately. For them, mid-century is an eternity.

Girls and young women around the world have emerged as some of the most passionate climate activists, arguing that many of those most vulnerable to drought, water scarcity, and other climate disasters are low-income women with children to feed. As a result, the climate movement has a shared mission with efforts to educate girls in developing nations.

The young female activists have found a sisterhood and a sense of empowerment in the climate protests, marches, and campaigns. The inspiration for many of these young women is Swedish activist Greta Thunberg, whose school strikes for climate that began as a solo effort in 2018 have blossomed into a worldwide movement.

On Friday, Thunberg appeared before a cheering throng of thousands in Glasgow to pronounce the summit a failure.

“The COP has turned into a PR event, where leaders are giving beautiful speeches and announcing fancy commitments and targets, while behind the curtains governments of the Global North countries are still refusing to take any drastic climate action,” she said. 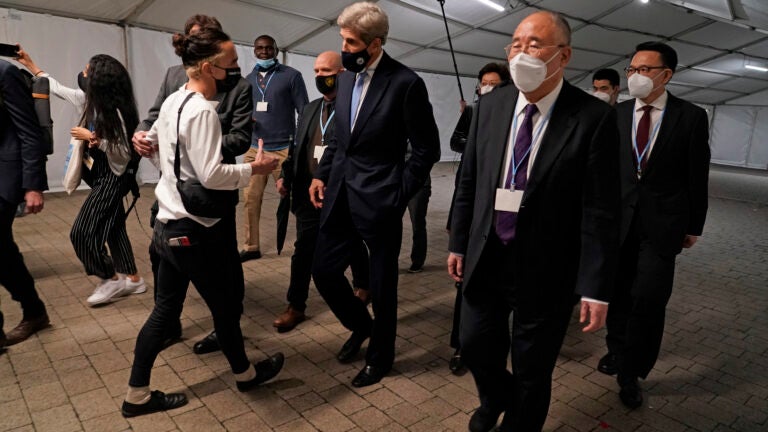