It’s a well-known fact among entomologists that whoever named the millipede was being a touch dramatic. The name means “thousand-footed,” but no millipede has 1,000 feet.

At least, that was true until now.

A discovery deep below the surface of Australia has shown that “millipede” isn’t always a misnomer. Researchers found a new species that can have more than 1,300 legs. The finding was published in Scientific Reports.

“This is super exciting for me,” said Paul Marek, an entomologist at Virginia Tech.

He first learned about the creature in September 2020, when a message arrived in his inbox. Bruno Buzatto, a biologist with Bennelongia Environmental Consultants in Western Australia, had attached pictures of a pale creature with no eyes but many legs. It was a few inches long but less than a millimeter wide, similar to a fragment of angel hair pasta.

Buzatto had found the threadlike animal living deep underground — as far as 200 feet below the earth in narrow boreholes in Western Australia. Mining companies dig these holes to search for minerals such as gold and nickel, and hire environmental consultants to study how mining might impact wildlife. As one of those consultants, Buzatto had baited traps with damp leaf litter, dropped them down boreholes, and later reeled up eight of the pale noodles.

“Honestly, when I saw the animals for the first time, I was immediately excited,” Buzatto said. He thought they must be related to a very long millipede from California. That species also lives underground, is cream-colored and eyeless and was the standing record-holder for legs, with up to 750. Because Marek had studied the leggy California millipedes, Buzatto sent him photos of the weird Australian specimens to see what he thought.

A preliminary count revealed one individual with more than 800 legs. Because some types of millipedes can add legs throughout their adult lives, though, that wasn’t the final word. After several weeks and some complicated paperwork, the carcasses of the Australian millipedes arrived by mail in Virginia. There, painstaking counting by microscope turned up a female with 1,306 legs.

“It was mind boggling, because it’s almost double the previous number of legs in millipedes,” Marek said. “Seven hundred and fifty seems like a lot of legs for an animal. One thousand, three hundred and six is pretty astounding.”

The scientists named the new species Eumillipes persephone — Eumillipes means “true millipede,” and Persephone was the goddess in Greek mythology dragged to the underworld by Hades.

The ancestors of this species, like Persephone, must have started life on the surface. At some point in its evolutionary history, the millipede began to move deeper and deeper below ground, perhaps because Australia above was becoming more arid and inhospitable.

Genetic analysis showed that Eumillipes is not a close relative of the very leggy California millipede, despite their striking resemblance. That suggests underground life drove both species to evolve in a similar way. They both became wan and eyeless, like many cave-dwelling animals. They both have large antennae. And their many, many legs may give them more power to push and corkscrew their way through the earth, Marek said.

Having an extra-long gut may also help the millipedes wring more nutrition out of a sparse diet, he said.

“It’s a great finding,” said Gonzalo Giribet, an invertebrate biologist at Harvard University. It’s not unusual for scientists to find new species when they peek into habitats that are usually inaccessible, he said, and the discovery hints at the varieties of life that may still be undiscovered: “We don’t have a clue.”

Marek hopes the finding will draw attention to the biodiversity deep underground, a precious resource hiding alongside the valuable metals. He’s also excited to set the record straight about how many legs a millipede can have.

“All those textbooks are going to have to be rewritten,” he said. “At least, that paragraph on millipedes.” (Centipedes, misnamed in their own way, can have a few dozen to a few hundred legs — but never exactly 100, because there are always an odd number of leg pairs.)

Marek also noted that these eight samples are probably not representative of the whole range of sizes for the species: “There could be one with more legs out there.” 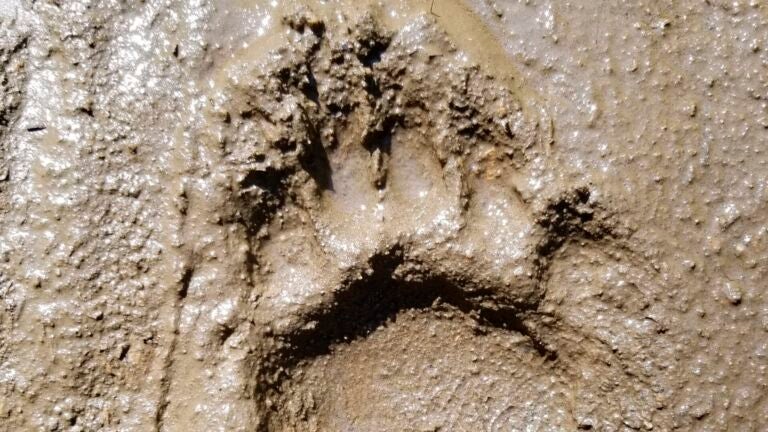