Among executives, board members, analysts and others in the business world in recent days, a “who’s who” list has been floating around, showing which companies have pulled out of Russia amid its attack on Ukraine – and which ones have stayed put.

The spreadsheet, compiled by Yale professor Jeffrey Sonnenfeld and his research team, has become a naughty-or-nice list of sorts, with CEOs trying their best to avoid being placed on the roster of “Companies That Remain in Russia With Significant Exposure.”

Sonnenfeld, who founded the nonprofit Chief Executive Leadership Institute, said he has fielded calls from CEOs asking “why we didn’t have them on the right list, and what they needed to do to either clarify or actually take a more strong stance.”

On top of skyrocketing inflation and a plummeting ruble, Russians have been left with a dwindling marketplace: Prada stores have shuttered, TikTok has suspended operations in their country, and car companies including Rolls-Royce, Toyota and Volkswagen have stopped shipping vehicles to Russia. Even WWE, the wrestling entertainment company, said it would halt operations there.

The gutting of the Russian economy has shattered the image that President Vladimir Putin had created, portraying himself as an all-powerful leader with things under control, Sonnenfeld said in a phone interview with The Washington Post on Monday.

And with Russian state media echoing Putin’s framing of the war as a “special military operation,” Sonnenfeld added, the corporate pullouts provide a tangible message that the attack “isn’t just some little military operation.”

Even among those on the list of “Companies That Have Curtailed Russian Operations,” some are taking a stronger position against the invasion than others, Sonnenfeld said. According to the list, BASF, a German chemical company, said it would “suspend new Russian relationships,” while other companies including Apple and Chanel have closed stores or cut off supply chains. FedEx is halting all shipments to Russia, and major oil companies including ExxonMobil have said they will exit operations there, leaving billions of dollars on the table.

Although some companies could argue that exiting Russia would harm employees there who are removed from Putin’s decision to invade Ukraine, Sonnenfeld said that “the idea is not to minimize the pain.”

He said executives and board members should get past the idea that “somehow there’s a win-win solution” and recognize that forcing an economic collapse on the Russian people is part of preventing a harsher outcome for them.

“This is one step away from open warfare,” he said. “This is a last-ditch effort. You’re helping those workers by not having [the West] dropping bombs and shooting them.”

Among those on the list of companies who had been keeping business as usual are major brands such as McDonald’s, Starbucks and Coca-Cola. Before McDonald’s on Tuesday said it would temporarily close its 850 restaurants in Russia, Sonnenfeld said McDonald’s was the “screaming anomaly that’s bewildering to all its peers.” It had remained operational in Russia even though it has control of more than 85% of its restaurants there, unlike companies such as Starbucks, which are hindered by franchise obligations.

Starbucks also on Tuesday announced it would immediately halt business activity in Russia, including store operations and product shipment.

Sonnenfeld said he has compiled other lists of companies’ involvements in issues such as gun safety or former president Donald Trump’s false claims about the 2020 election.

“We have a history of seeing the value of business leaders affirming the truth and taking a stand,” he said. “CEOs need peer approval,” he added, noting that they often try to avoid standing alone on issues or policies.

Cosmetics company Estée Lauder had been on the list of those maintaining operations in Russia. On Monday, it announced it would close all of the stores it owned there and stop shipping products to the country. 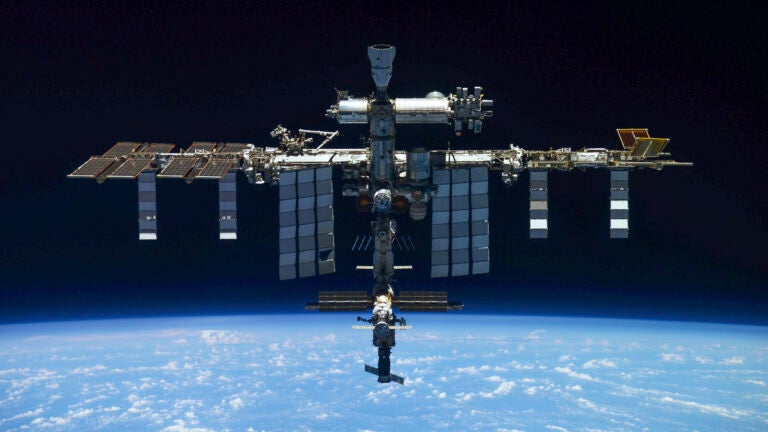