LONDON — With Britain experiencing its largest ever outbreak of avian flu, the government ordered this week that all poultry and captive birds must be housed in an effort to limit the spread of the disease.

That includes the ravens at the Tower of London, whose very presence is, according to legend, keeping the country together.

The nine ravens, which are a popular tourist attraction on the tower grounds, are currently isolating in their enclosures, a spokesperson for Historic Royal Palaces, which manages the Tower of London, said in a statement.

“As a result of this, we are in the process of enlarging their enclosures to offer them some more space throughout this period,” the person said. “We will continue to monitor the situation closely and follow government guidance.”

Visitors can still see the ravens from a distance, the person said. The birds’ isolation was reported earlier by The Evening Standard.

The tower has served as a prison during parts of its long history and held notable figures including Sir Walter Raleigh and Anne Boleyn, the second wife of Henry VIII. A prophecy that dates to the time of King Charles II in the 17th century holds that the kingdom and the tower will fall if there are not at least six ravens on the grounds. The ravens typically roam — with their feathers clipped so they cannot fly away — under the watchful eye of the tower’s ravenmaster, Christopher Skaife.

The ravens may be the most recognizable birds in Britain, but the danger posed by the highly contagious strain of bird flu has become a major threat to all birds across the country. Britain has lost 40% of its free-range turkey flock because of the flu and subsequent culls, putting great stress on the poultry industry, according to The Financial Times. (Experts say the virus currently poses little risk to humans.)

The British government order requires bird keepers to shut their birds indoors and “implement strict biosecurity measures.” More than 200 cases of avian flu have been confirmed since October 2021.

“Introducing these steps on farm is the most effective way in reducing the risk of disease spreading,” the government said in its announcement this week. “The disease could kill your birds if these actions aren’t taken.

Britain is not alone in confronting record-setting avian flu outbreaks. The 2021-22 epidemic season is the largest on record in Europe, with 2,467 outbreaks and 48 million birds culled in over 37 countries, the European Centre for Disease Prevention and Control said in early October.

The United States is approaching record numbers, with more than 49 million birds dying as a result of outbreaks or cullings, the Centers for Disease Control and Prevention said last week. The record was set in 2015 with 50.5 million birds affected.

Outbreaks have spread to nearly every state, causing bird keepers to move vulnerable birds inside and cancel public programs. Experts have said they expect the virus to persist at least through the winter. 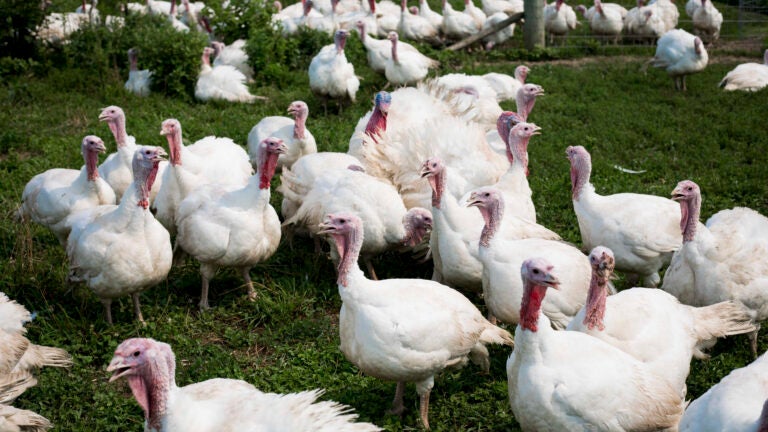 Turkeys will be scarcer and pricier than ever this Thanksgiving