Tech giant Amazon is rolling out a new TV series about Rings, and it’s not their billion-dollar blockbuster set in Middle-Earth.

This show is called “Ring Nation,” and it will feature videos captured by Amazon’s Ring home security cameras. The idea of a weekly TV series featuring surveillance videos has ticked off privacy experts, civil libertarians, and Senator Edward Markey, Democrat of Massachusetts. But it also proves that home security cameras are on the way to becoming as commonplace as lawn sprinklers.

We’ve still got a way to go. By the end of 2021, only about 14 percent of homes with broadband access had a network-connected security camera, while 15 percent owned a video doorbell, according to research firm Parks Associates.

But with the surge in crime, the percentage is likely to rise. And a 2021 survey by the National Association of Home Builders indicated that 70 percent of likely home buyers want security cameras, with 27 percent calling them a “must-have” feature.

When the concept was first patented by Marie van Brittan Brown and her husband, inventors from Queens, N.Y., back in the 1960s, home-video technology was far too cumbersome and expensive for the average homeowner.

Today, cameras cost between $100 and $400, depending on the features. They can shoot high-resolution video images and carry microphones that can pick up conversations 20 feet away. Some are completely wireless and powered by internal batteries or even solar cells, while using Wi-Fi to hook up with a home’s broadband system. Videos can be viewed in real time over a smartphone connection or automatically stored in the Internet cloud for later viewing. This type of camera— offered by major companies like SimpliSafe, Vivint, and Ring — is something homeowners can set up easily.

But when people start pointing cameras and microphones at one another, certain issues arise. Like, what if your next-door neighbor complains that your camera invades his privacy? What if the microphone records people’s private conversations?

The law has little to say about such matters, according to Matthew Guariglia, a policy analyst at the Electronic Frontier Foundation, an online civil liberties group.

“There isn’t a lot of protection for people from household surveillance devices,” Guariglia said.

If your camera is pointed at a part of your neighbor’s property that’s in plain view — like the driveway, front porch, or even the backyard — these are areas where the neighbor has no reasonable expectation of privacy. And people are watching. According to a survey Vivint released in May, nearly 25 percent of people with outdoor cameras use them to keep an eye on their neighbors.

And there’s probably nothing the neighbors can do about it.

With one major exception: cameras that can see inside someone’s home. In a 2014 ruling, the Massachusetts Supreme Judicial Court held that a homeowner could be sued for setting up a camera that can peer through the neighbor’s windows.

And be even more careful about recording voices. Under Massachusetts law, you can’t record someone’s voice without their permission. Inadvertently picking up a few phrases is no big deal, but using your camera to eavesdrop deliberately could get you into trouble.

Another thing: What happens to all that recorded video and audio? Most of these systems store it online, where you can review it from any Internet-connected device. This makes home video systems a godsend for police forces, which routinely ask homeowners for captured footage of possible crimes.

Lots of people are fine with this. A 2021 Consumer Reports survey indicated that 10 percent of video doorbell users have handed over footage to the police on request.

Millions of people who own Ring cameras use Amazon’s social network Neighbors to share video footage with friends — and with law enforcement. When a crime is committed, police can log onto Neighbors and request video footage from all nearby Ring users. Compliance is entirely voluntary, most of the time.

But Ring will also provide video recordings without the user’s permission if the police come with a search warrant. In addition, Amazon said that in the first half of 2022, it handed over Ring videos to police 11 times without a warrant or user permission. The company said that these were extraordinary cases “involving danger of death such as a kidnapping or an attempted murder.”

Even more worrisome is the possibility that hackers could steal your stored videos or employees at the security company who have no right to see them will watch them. This actually happened at Ring several years ago, leading the company to toughen up its access policies.

If the prospect dismays you, Ring offers the option to encrypt all your videos automatically so that only you can unlock them. Or you can opt for a security camera that allows you to store all video on a small hard drive, instead of keeping it online.

Of course, a local drive could be lost or damaged or a savvy thief could cover his tracks by stealing it, which just goes to show that there’s no such thing as perfect security. 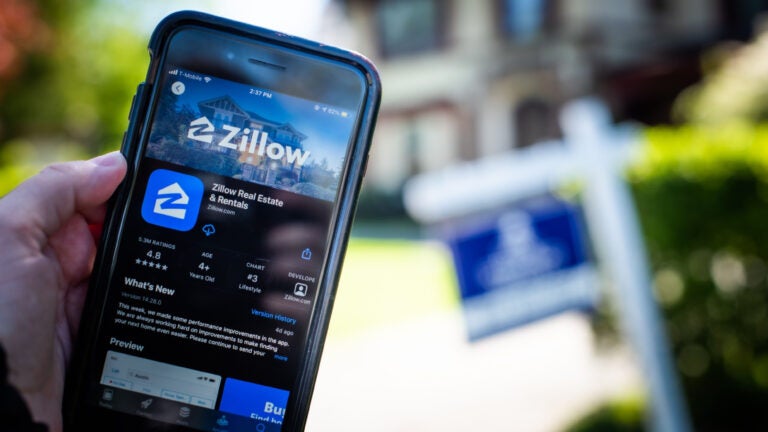