According to the data Freddie Mac released Thursday, the 30-year fixed-rate average climbed to 5.66% with an average 0.8 points. (A point is a fee paid to a lender equal to 1% of the loan amount. It is in addition to the interest rate.) It was 5.55% a week ago and 2.87% a year ago. The 30-year fixed average hasn’t been this high since late June.

Freddie Mac, the federally chartered mortgage investor, aggregates rates from around 80 lenders across the country to come up with weekly national averages. The survey is based on home purchase mortgages. Rates for refinances may be different. It uses rates for high-quality borrowers with strong credit scores and large down payments. Because of the criteria, these rates are not available to every borrower.

“After a big jump the previous week, mortgage rates got a further upward push in response to a speech from Fed Chair Jerome Powell,” Holden Lewis, home and mortgage expert at NerdWallet, said via email. “He said the central bank is likely to deal another ‘unusually large’ rate increase at its September meeting. Mortgage rates had fallen in July and early August when investors got distracted over talk of a recession, Powell refocused their attention back onto inflation. Interest rates went up as a result.”

Mortgage rates have experienced wild swings for more than a month. The 30-year fixed average sank to 4.99% on Aug. 4, jumped 23 basis points the following week, fell nine basis points a week later and soared 42 basis points higher last week. It has risen or fallen by 20 basis points or more in a week four of the past six weeks. (A basis point is 0.01 percentage points.)

“Until the market and the Fed get on the same page and inflation is back under 5%, I do expect the volatility to continue,” Curtis Wood, founder and chief executive of Bee, a mobile mortgage app, said via email. “The market was troubled by inflation rising 8.5% in March but is now cheering that same increase thinking the worst is behind us. We haven’t begun to experience the aftershock to the economy of all these rate hikes. That’ll happen over the next 12 to 24 months. The storm has not passed; this is the end of the beginning of it.”

The dramatic fluctuations in mortgage rates arise when investors are waffling between concerns about inflation and worries about a recession. When inflation is top of mind, mortgage rates tend to rise because inflation erodes the value of long-term bonds. Because rates usually follow the same path as the 10-year Treasury yield, they move higher when investors are selling off bonds and demanding more return on their investments.

But when investors are anxious about a recession, they hold onto bonds. More demand for bonds causes prices to rise and yields to fall, often lowering home loan rates.

Wood said inflation and a recession are equally troubling.

“But what is more frightening is both at the same time, which could catastrophically depress the market causing mortgage rates to rise, buying demand to drop as buyers get further squeezed out of the market, inventory to rise, and prices to stabilize from all-time highs,” he wrote. “Due to overarching market uncertainty, I expect rates to peak around 6 to 7% over the next 12 to 24 months but to mainly stay in a 4 to 6% range.”

‘Due to overarching market uncertainty, I expect rates to peak around 6 to 7% over the next 12 to 24 months but to mainly stay in a 4 to 6% range.’

“[Because] the Fed is fighting to regain credibility . . . they’ll raise rates as much as needed to tame inflation, and the pace they allow government and mortgage-backed bonds to roll off their balance sheet is doubling in September,” McBride said.

Logan Mohtashami, housing analyst at HousingWire, predicts they will fall.

“The Federal Reserve members are bent on keeping housing in a recession for as long as possible to increase the supply” of houses for sale, Mohtashami said.

Meanwhile, higher rates have weakened mortgage demand, which continues to hover at its lowest level in more than two decades. The market composite index – a measure of total loan application volume – decreased 3.7% from a week earlier, according to Mortgage Bankers Association data.

The refinance index fell 8% and was 83% lower than a year ago. The purchase index dropped 2%. The refinance share of mortgage activity accounted for 30.3% of applications.

“With rates nearly double what they were in August 2021, the refinance share of overall applications was 30 percent last week, down from 66 percent a year ago,” Bob Broeksmit, MBA’s president and chief executive, wrote in an email. “Although the housing market continues to slump, MBA’s latest forecast calls for home sales to pick up again in the final months of 2022, and the expected $1.64 trillion in total purchase volume would be the second-highest ever behind last year.” 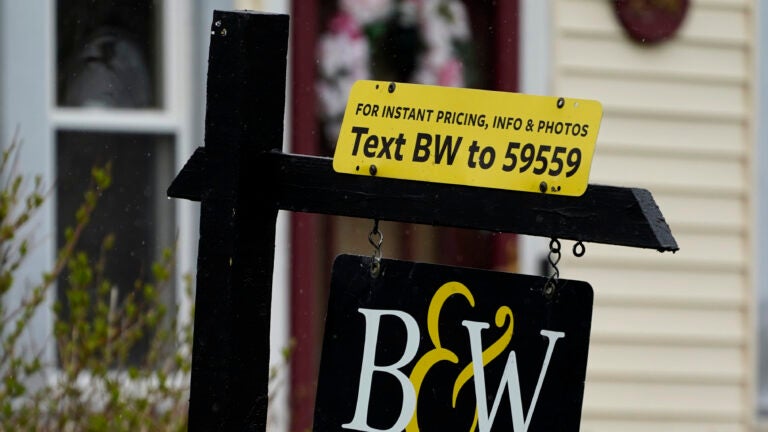