The U.S. population expanded by 1.2 million people this year, with growth largely driven by international migration, and the nation now has 333.2 million residents, according to estimates the U.S. Census Bureau released Dec. 22.

When it comes to percent decline in population, Rhode Island landed at No. 9, with a 0.3% drop.

Net international migration — the number of people moving into the U.S. minus the number of people leaving — was more than 1 million residents from 2021 to 2022. That represented a growth rate of 168% over the previous year’s 376,029 international migrants, with every state gaining residents from abroad, according to the 2022 population estimates.

Natural growth — the number of births minus the number of deaths — added another 245,080 people to the total in what was the first year-over-year increase in total births since 2007.

This year’s U.S. annual growth rate of 0.4% was a rebound of sorts from the 0.1% growth rate during the worst of the pandemic from 2020 to 2021, which was the lowest since the nation’s founding.

“It’s welcome because we would have been back to almost flatline growth if not for this immigration,” said William Frey, a demographer at The Brookings Institution.

The South gained 1.3 million residents, the largest of any region, driven by population gains in Texas and Florida that exceeded 400,000 residents each. Other Southern states like North Carolina, Georgia, South Carolina and Tennessee had among the largest growth in numbers in the U.S.

Texas, the second most populous state in the U.S., surpassed the 30 million-resident mark, joining California as the only other state in this category.

The top 10 states for numeric growth in population were:

California lost more than 113,000 residents, and had a population just over 39 million in 2022, in what was the biggest annual decline behind New York’s more than 180,000-resident loss. The population decline was driven by more than 343,000 domestic residents moving out of California, and it helped drag down the West region’s population gain to only 153,000 residents.

Despite the overall population loss, California had the largest growth of any state in international residents, just a hair’s breadth ahead of Florida with more than 125,000 people. California also had the second highest natural increase, only trailing Texas. Births outpacing deaths and the international arrivals made California’s population loss smaller than last year, when it dropped by more than 358,000 residents.

Conversely, Florida had the largest natural decrease of any state, with deaths outpacing births by more than 40,000 people. But gains from international migration, as well the addition of more than 318,000 residents from domestic migration, the most in the nation, gave it the highest growth rate of any U.S. state at 1.9%.

The West region in 2022 lost some of its luster as a magnet for domestic migration. Without international migration and a sizeable natural increase from births outpacing deaths, the West region would have lost population due to domestic residents moving out of California, Oregon and Washington. Western hotspots like Utah, Idaho and Montana also had smaller gains than last year.

Some of the slower growth in the West has to do with the pandemic, which led to fewer people moving, and also the increasing cost of living in places once regarded as cheaper alternatives to California, according to Frey.

“There isn’t as much magnetism for those classic magnets for moving out of California,” Frey said.

Puerto Rico lost 40,000 residents, or 1.3% of its population, due to people moving away and deaths outpacing births, and its population now stands at 3.2 million residents. 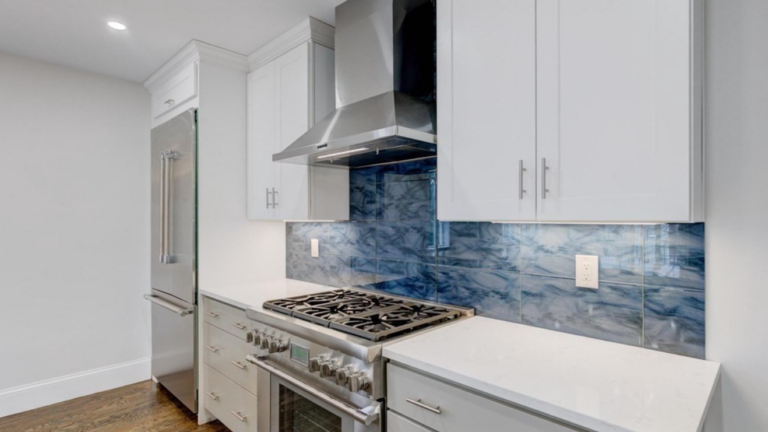 6 homes for sale in Greater Boston with beautiful backsplashes