One of Boston’s most towering condos is hitting the market after two years of luxurious upgrades — and a sky-high list price.

A 7,848-square-foot Four Seasons Private Residences One Dalton Street condo — the result of joining two condos on the tower’s 58th floor — is hitting the market for $38 million.

Should it sell for that price, Unit 5801-5802 would best the record the $35 million condo sale at Millennium Tower in Downtown Crossing set several years ago.

The expansive condo includes five-plus bedrooms, six full baths, two half baths, four parking spots, two balconies, two storage units, and picturesque views of Boston Harbor, Back Bay, the Charles River, Cambridge, Fenway, and beyond thanks to the joining of the two units.

“It wraps two corners and the whole front of the building, so every room has either a view towards the river or a view towards the harbor or the High Spine of Back Bay,” said Michael Harper of MGS Group Real Estate and the listing agent. “It’s really special.”

The views aren’t the only thing special about the luxurious home. The seller reserved the two units in the condo development during preconstruction with the intention of moving in after combining the two spaces into one.

The two years of customization work, led by The Lagasse Group, included adding custom wide-plank solid white oak flooring and custom millwork throughout the condo. Joining the spaces enabled the team to build out formal and informal living spaces and maintain a catering kitchen on top of a family kitchen with white onyx counters and backsplash. There is also an AV system with concealed speakers embedded throughout the condo and automatic window shades.

The owner spent “millions” on the renovation, but no specifics beyond that on cost were provided. On top of the luxurious finishes inside the home, the new owner will be able to tap into the Four Seasons VIP Card package of amenities thanks to the tie-in with the hotel at the development as well as a private residents’ club. There is also an on-site spa, restaurant, and indoor pool.

But the biggest appeal for some might be the careful time and detail spent renovating the property as a home and not just as an ultra-luxury condo flip.

“The family who bought this home didn’t do it as a development project,” Harper said. “They did it for themselves as end users, and then their life changed, which is why they decided to sell it.” 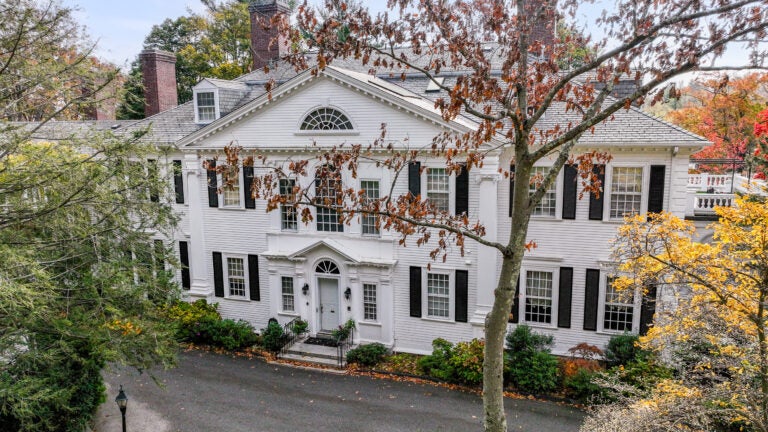 For $5.28m, a mural-filled Brookline mansion