It’s totally appropriate that this home is on a dead-end.

Agent Tommy Bolduc, photographer/agent Maggie Coppola, and the sellers of 73 Guys Lane in Weare, N.H., posed someone in a Michael Myers costume in all of the listing photos for the two-bedroom Cape, which is on the market for $375,000.

The call-out to the “Halloween” movie franchise has great timing given the season and the recent release of the sequel “Halloween Ends.” It’s also a solid marketing technique that has garnered hundreds of thousands of hits online.

That was the point: to bring attention to the listing and joy to the online community, said Bolduc, an agent with Keller Williams Realty-Metropolitan in Bedford, N.H.

“I’m not very vanilla,” said Bolduc, who rides around town in a moving truck with a giant caricature of himself on it. “I tend to get very creative with everything I do in real estate.”

It’s a take on a technique other agents have used to garner attention. Think T-rex costumes and suits of armor.

The home — which has two bedrooms, two full baths, a basement bar, a treehouse, and a chicken coop — sits on 3.02 acres and measures nearly 1,500 square feet. The house used to have three bedrooms, but the owners knocked down a wall to create a larger primary bedroom, according to the listing.

We’ll let Myers lead you on the tour. Can you spot him? 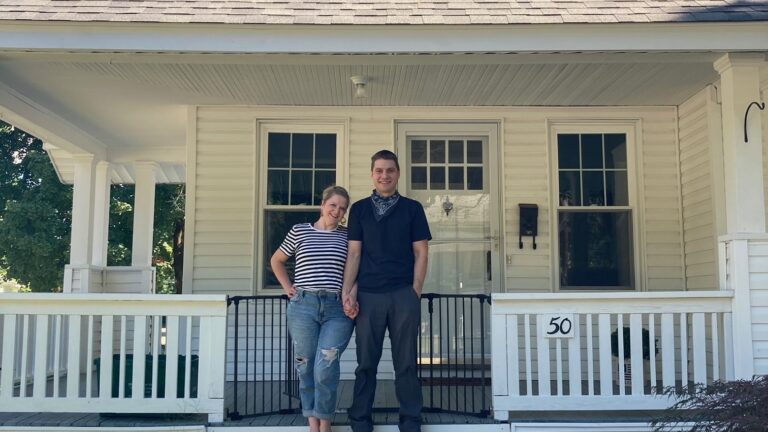 Happy tales to you. Good news from the housing market.