A new report released this week finds Boston is now the second-most expensive city in the country for renters.

Data from the report shows that Boston jumped ahead of San Francisco over the past month when it comes to one bedroom median rent prices. The report was issued by Zumper, a national platform that connects renters with new properties.

New York City still claims the highest prices in the country, where one-bedroom median rent is $3,860. Despite being surpassed by Boston, San Francisco is still the third–most expensive city in the country for renters, with a one bedroom median price of $3,020.

The analysis from Zumper points to Boston’s ongoing housing crisis as the root of these rising prices. Like many cities, the housing market in Boston is undersupplied. That shortage is more apparent and harder to overcome in Boston due to “prohibitive zoning laws that favor single-family homes,” according to the report.

On top of that, new properties becoming available are skewed towards the luxury market, which further increases the median price of Boston’s rental units.

A national rent report published last month by ApartmentAdvisor actually found that Boston rents surpassed those in San Francisco throughout September. In that analysis, the median rent for one bedroom apartments in Boston was found to be $3,049, almost a 6% increase from August. San Francisco’s median one bedroom rent was found to be $2,995, a 0.2% decrease from August.

Data collected by BostonPads, a local rental agency, echoes these trends. Boston’s average rent price is currently $2,828, according to Zach Parker, a spokesperson for BostonPads. This figure excludes luxury listings, Parker added, which could explain the small discrepancy between this figure and the ones generated by Zumper.

Typically, average rental prices tend to decrease throughout September, Parker said. This is because landlords holding vacant units after Sept. 1 usually discount their prices to fill the units. But this year, the shortage of apartments was so pronounced that landlords were largely able to get more for their properties after Sept. 1.

The city’s vacancy rate of rental properties and the availability rate, 0.51% and 0.89% respectively, are down by more than 50% compared to the same week in 2019, Parker said. The vacancy and availability rates in 2019 were record lows – until 2022.

“The supply issue has hit a tipping point, and I think the pandemic took our attention away from that and we’re now feeling the effects,” Parker said in an email.

Boston is unique in the rental market because its many colleges make it especially subject to seasonal patterns like this, according to the Zumper report. The company expects prices to “soften a bit” now that students have moved into their new places.

Although this could very well be the case, Boston is still set to be one of the country’s most expensive cities, according to Amy Mueller, VP of Marketing & Communications at ApartmentAdvisor.

“We expect to see some moderation of prices in Boston in coming months (due to seasonality and broader economic trends), but relative to the rest of the country Boston will continue to be among the most expensive markets,” she said in an email.

Nationally, price cuts appear to be increasing. ApartmentAdvisor analysts studied the rate of price cuts over the past year for a report released last week. Their findings show that more landlords are choosing to discount their rental prices compared to initial asking prices. The share of rental listings across the country that had price cuts rose to 5.7% in September. This is the highest percentage found in the past year, according to the report.

“That’s another signal that there is some price moderation underway as some landlords are finding they need to correct prices in order to attract renters and close leases,” Mueller said in an email. 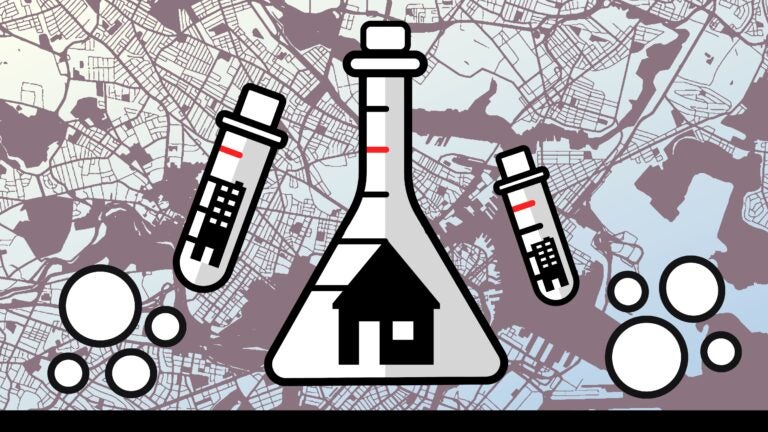