The e-mail’s subject line was irresistible: “DINKs are dunked by today’s housing market.”

DINKs, as in “dual income, no kids,” and, in this instance, they are a reader’s late-twenty-something son and daughter-in-law. One works in financial services, the other at a hospital, and together they earn about $180,000 a year. Coincidentally, that’s just about the income needed to buy a typical two-bedroom home in the Boston area, according to Realtor.com.

“They live modestly, put away as much savings as possible for a sizable down payment, yet they can’t compete for any ‘fixer upper’ against an average of a dozen or so competing offers,” the father wrote. “Should they try to find ‘anything’ now just to get in the housing market and avoid future rate hikes? Should they wait and see if there’s a downturn in home prices?”

Their quandary is hardly new or limited to DINKs. But there is a substantial new player in the market.

As you may have heard, the Federal Reserve is trying to cool off housing prices. Officials don’t want a crash like in 2007-2008, but instead a more moderate decline or “correction” that would — as Fed chair Jerome Powell said recently — allow “supply and demand to get better aligned so that housing prices go up at a reasonable level, at a reasonable pace, and that people can afford houses again.”

Sounds good, but will it work?

The Fed has raised interest rates aggressively since March, pushing 30-year fixed mortgage rates to their highest level since 2007. So far, prices remain stubbornly high in most markets, including Boston, though appreciation is slowing.

By one income-related measure, single-family homes in Massachusetts are the least affordable they’ve been since 2004, according to Dawn Ruffini, owner of RE/Max Connections in Wilbraham and president of the Massachusetts Association of Realtors.

Consider: Inside Interstate 495, the median price of a single-family home in August was $825,000, according to the Greater Boston Association of Realtors. (The median price is the level at which half of the homes cost more and half cost less.)

With the average rate on a 30–year fixed mortgage at about 6.7 percent, the principal and interest payment (assuming a 20 percent down payment) would be $4,260 a month.

The increase comes to $1,660 a month, or 64 percent. If you have the savings, you could put more money down to lower the monthly payment. Or you could settle for a house that is smaller or less conveniently located than you had hoped. Or you can wait, which many people seem to be doing.

In Greater Boston, there were fewer single-family homes sold in August than in any other August since 2011, according to the most recent data. Houses sat on the market a little longer compared with July, and buyers paid a bit less above asking price.

“There aren’t as many buyers out there because they are trying to figure out what they can afford,” said Melvin A. Vieira Jr., a realtor at the RE/Max Destiny office in Jamaica Plain and president of the Greater Boston realtors group.

He’s talking about people like Kymberly Terry of Milton. Terry, 55, is looking for a new home for herself and her two daughters now that her parents are moving into assisted living and selling the house they all shared and she grew up in.

She was looking to spend no more than $700,000 and was preapproved for a mortgage up to that price. Now, after the run-up in mortgage rates, she’s not sure just what she can afford — or what price her lender will approve.

“Right now I am not feeling comfortable,” Terry said. “I am seeing so many houses that had gone under agreement coming back on the market” after bidders weren’t able to qualify for a loan, she said.

Terry is still actively searching and hopes to find something by the end of the year.

“But it has to make sense,” she said.

Sellers are trying to figure out what makes sense, too. Some are trimming asking prices. Some have taken their properties off the market, or have held off listing, until the situation becomes clearer.

That leaves a three-way standoff among buyers, sellers, and the Fed.

The Fed isn’t going to be the first to blink. Powell has made it clear that rates will go higher until inflation subsides. It’s a high-risk strategy: If the Fed overshoots, a recession is likely, and the housing correction could become a rout.

When the last housing bubble burst, prices fell 26 percent nationally from 2007 through 2011, according to S&P CoreLogic Case-Shiller data. But in Boston, the decline was half that rate, reflecting the resilience of our high-end economy and the dearth of inventory.

What happens this time around? We can only wait and see.

And that, as any Tom Petty fan knows, is the hardest part. 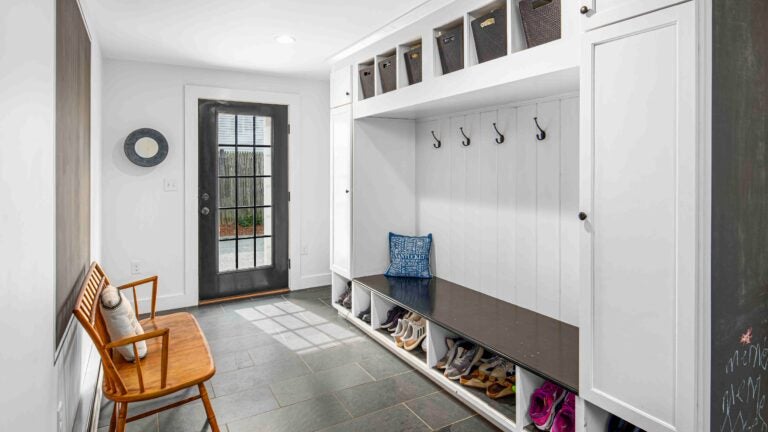