The region is home to the world’s largest cluster of these companies in the world — and has been for several years, according to an annual analysis by real estate brokerage JLL.

The first six months of this year brought in the fourth-highest level of venture capital investing in Massachusetts-headquartered biopharmaceutical companies of any full year, according to the Massachusetts Biotechnology Council, or MassBio. The region is already notoriously space-constrained when it comes to life science development, which is why you see so many office proposals being converted into labs.

There is a strong argument to be had for building more housing if you want these companies to grow and stay put.

“Housing and infrastructure remain critical to where companies will locate. That’s absolutely a determining factor,” said Kendalle Burlin O’Connell, MassBio’s president and chief operating officer. “To sustain this incredible growth that we’re seeing and continue to keep Massachusetts the best place in the world for life sciences, we have to ensure that there is available and affordable housing.”

Many of the life science companies based in the state are working toward Federal Drug Administration approval for any number of pharmaceutical developments. When approval is granted, the need for space and labor ramps up quickly. Just look at Moderna, which doubled its workforce and planned a similar expansion trajectory for its corporate headquarters and manufacturing facilities in Massachusetts following the development of its COVID-19 vaccine. In 2021, biopharma employment in Massachusetts grew by 13.2 percent.

“Massachusetts has been truly a leader in cultivating this industry and making investments for years, and that’s really been a collaborative effort,” said Catherine Rollins, director of the Urban Land Institute Boston/New England. “I would hate to see us lose ground in terms of being a market leader because we’re not collaborating and thinking really big picture around economic competitiveness and housing.”

The Commonwealth is home to many companies that could be the next Moderna. MassBio’s 2022 Industry Snapshot estimated that 26 million to 59 million square feet of lab and manufacturing space will be added to the state’s life science inventory by the end of 2025. The Globe’s Catherine Carlock reports, however, that 80 percent of lab projects in the region may be “curtailed” amid rising interest rates and a shaky economy, but that “as demand tempers, lab development may consolidate into established life science districts — or clusters — with Cambridge, as usual, leading the way.”

Housing affordability and availability are key to remaining economically competitive, so this consolidation would present a big problem.

“The beauty of regionalization of the industry is for a few reasons,” O’Connell said of more recent trends of life science companies expanding to areas like Worcester, the Merrimack Valley, and the North Shore. “There may be more available and affordable housing, and we’re able to go into these other communities and tap into a new and diverse workforce. If we don’t have a robust and diverse workforce to sustain this development, these companies won’t stay here.”

Concentrations of life science workers would send the cost of housing sky-high, but the industry is more equipped to shoulder it than the general public: The average annual salary of the nearly 107,000 life science workers in the state comes to $201,549 — well above the state’s median household income of $84,385, according to census data.

Spreading out workers would theoretically put less pressure on housing costs in various municipalities and free up supply for people who don’t make as much, according to MassBio.

MassBio isn’t the only one who thinks this way.

“This is consistent with the hub-and-spoke model that we’re seeing where there’ll be a center of gravity, whether that be in Kendall Square or whether it be in the Seaport or whether it be in a suburban alternative, like a Quincy,” said John Boyd Jr., principal at site selection consulting firm The Boyd Co. “Even New Hampshire now is getting a lot of attention from life sciences companies, particularly on the heels of the new tax increases.”

Expanding north and west won’t be enough. Greater Boston may be the longtime life science leader, but that crown may find itself on a new head. The top 10 in JLL’s ranking includes more affordable housing markets like Philadelphia (No. 5); Raleigh-Durham, N.C. (No. 6); and Salt Lake City (No. 10).

“As these companies expand headcount, the talent often comes from out of the market, whether that’s out of the country or somewhere else in the U.S. The idea there is that how do you build more housing where people want to live,” said Mark Bruso, a senior manager of research at JLL. “Boston, frankly, hasn’t figured that out, and it’s not getting any better anytime soon.”

Nearly all conversations about the need for more housing in Greater Boston come back to density. Simply put, there aren’t enough houses being built, and greater density is a solution. A study the nonprofit Up for Growth released earlier this year ranked Massachusetts at No. 11 for the worst housing deficit in the country, with 108,000 more homes needed each year to meet demand.

“I think these communities, if they want to really jump on this opportunity to build these really vibrant, diverse mixed-use places, a place to start is zoning, even though it’s not the sexiest place to start,” said Kristen O’Gorman, an associate principal at architecture firm SCB.

Get the latest on buying, selling, renting, home design, and more.

Greater Boston needs more housing to retain its life science crown, but it still has a trump card: talent from top universities like Harvard and MIT.

“Housing is something companies definitely consider,” said Jeffrey Myers, a research director at real estate brokerage Colliers, “but it goes into the bucket with a lot of other things that I think Boston has a really strong advantage on.”

The strong concentration of colleges and universities, as well as access to funding, clinical research labs, and manufacturing space, are factors that could compensate for the higher cost of living and doing business in Massachusetts, those interviewed for this story said.

“There’s a lot of stickiness in Boston that’s not really associated with the cost of housing,” Bruso said. 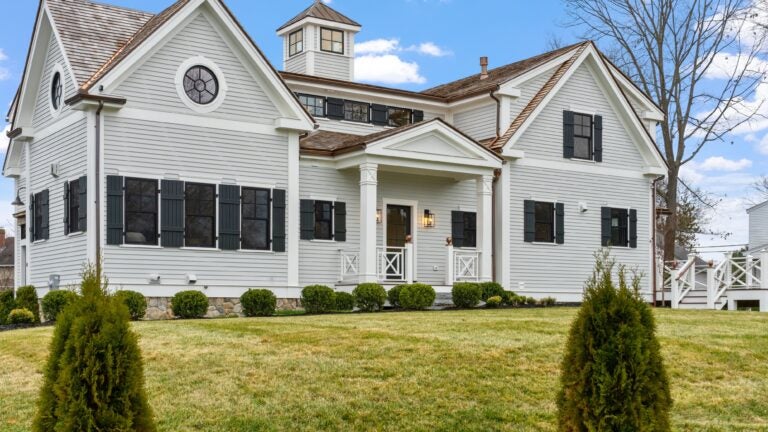 Luxury in the Burbs: What about $3 million will buy you in the suburbs