A sprawling, approximately 1 million-square-foot mixed-use development slated to transform the area around Newton’s Riverside MBTA station is on hold as construction costs and interest rates rise.

Mark Development, the local firm behind the project alongside Alexandria Real Estate Equities Inc., told the Riverside Liaison Committee last month rising price tags — including a 25 percent jump in construction costs — prompted it to put the development “on hold,” a report from the committee says.

“While larger environmental factors have certainly impacted the start date for construction, we are confident that the merits of this project and the benefits it offers the Commonwealth as a transit-oriented development that creates new housing, economic opportunity and an improved public realm remain strong,” Mark Development CEO Robert Korff said in a statement to the Boston Business Journal.

The firm, he added, is “exploring a wide range of creative solutions to the challenges facing all large construction projects.”

The project, slated on 13 acres on Grove Street near Route 128, was first approved by the Newton City Council in 2020. Plans boasted 582 apartments, a hotel, stores, and offices, with 102 of the residential units deemed affordable.

When Alexandria Real Estate Equities signed onto the project, city officials approved plans to add lab space to the complex last year, according to the Journal.

Developers initially planned to build the labs first, but they are now considering beginning the project with the residential units, according to the committee report, which was first reported by Fig City News.

“(Mark Development) still feels confident about the lab component of the development despite the large number of lab buildings in the Boston area,” the report says. “They believe they have a great location and a strong partner in Alexandria Development. That being said, it could take a couple of years for the market for lab to come back, so (Mark Development) is exploring building the residential component of the project first.”

Under the project’s current timeline, once developers have financing in place, construction can begin nine months later, the report says. 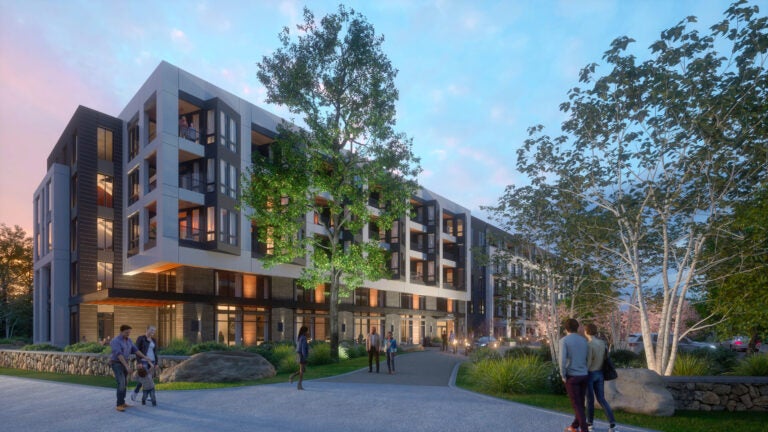