Back Bay and Fenway are two of Boston’s most vibrant, heavily trafficked neighborhoods. But for years, traveling between the two has not been easy for those on foot.

Now, a series of developments are in the works that would span the Massachusetts Turnpike and provide increased pedestrian accessibility for people looking to explore those parts of the city. The people behind these projects detailed their work for Bisnow at the outlet’s recent “Fenway Forecast: Mixed-Use and Multifamily” event.

“The Fenway cannot be, as it’s built out, a place where people are using their cars,” Boston City Councilor Kenzie Bok said at the event, according to Bisnow. “Yes, we need people to come in on public transit, but we also need people to be able to walk.”

Those that take the Mass. Pike into the heart of the city on a regular basis are likely already familiar with the development at Parcel 12, which will link Newbury Street and Boylston Street.

Construction kicked off in August 2020 on the project. It will consist of two buildings connected by a landscaped public plaza. There will be approximately 325,000 square feet of office space, 70,000 square feet of retail and restaurant space, and 150,000 square feet of residential or hotel uses, according to the Boston Planning & Development Agency. This will include the global headquarters of CarGurus. A parking garage with about 150 spaces will also be included.

“Parcel 12 will knit together the Back Bay and Fenway neighborhoods, connect the South End and the City of Cambridge, and vastly improve the street-level experience along Massachusetts Avenue between Boylston and Newbury Streets,” developer Samuels & Associates said on the project’s website.

As the project is largely being built over empty space above the highway, Samuels & Associates secured special air rights before construction began, WBUR reported. This marks the first air rights development to commence in the city since Copley Place in the 1980s.

Parcel 12 became a nuisance for some, as construction has necessitated a number of lane closures on the highway below. The developers now say that work involving the highway will be less frequent moving forward.

Those behind the Parcel 12 development say that, in the end, it will have a marked improvement on the area’s transportation infrastructure. This includes work to modernize Massachusetts Avenue with separated bike lanes, a new sheltered MBTA bus stop, widened sidewalks, updated crossing signals, and a new entrance to the Hynes Convention Center Green Line Station.

This development is another air rights project slated to span the Mass. Pike, from Brookline Avenue to Beacon Street.

“When we had the opportunity to work on Fenway Center, it was the perfect fit for our vision and to be able to invest in a neighborhood that is expanding,” Kim Thai, IQHQ’s director of development said at the Bisnow event.

The project is designed to expand the city’s research economy, creating a hub of the kind of work that is often confined to Cambridge’s Kendall Square, according to architectural firm Gensler.

Fenway Center will have public amenities like retail space, pedestrian walkways, more than an acre of landscaped open space, and connections to local transit options, according to Gensler. Privately owned public spaces, created through the BPDA’s development review process, will allow pedestrians to move between Beacon Street, Brookline Avenue, and David Ortiz Way, according to Bisnow.

The final major development that would span the highway would be built on the Parcel 13 site, located on the northeast corner of the intersection of Massachusetts Avenue and Boylston Street, partially over multiple lanes of the Mass. Pike and partially over the MBTA’s Hynes Station.

There would be two main buildings in the proposed project, according to the BPDA. One would be an apartment tower consisting entirely of affordable housing. It would be 10 stories tall and contain 125 units.

“The point is other families want to be in this high-resource neighborhood too,” Legacy Real Estate CEO Jerrod Delaine said at the Bisnow event. “They want access to a great education and great jobs and great transportation.”

The other building would be a 300,000 square foot, 12-story structure with lab and office space.

The Parcel 13 development is a joint venture, and MassDOT awarded development rights to Peebles Corp. and Legacy Real Estate Development on the condition that they make major renovations to the adjacent Hynes station, according to Bisnow.

The project would also contain a “micro-mobility hub,” according to the BPDA. This would consist of more than 100 public bicycle spaces with lockers available for use by the public. However, there will not be any on-site parking. 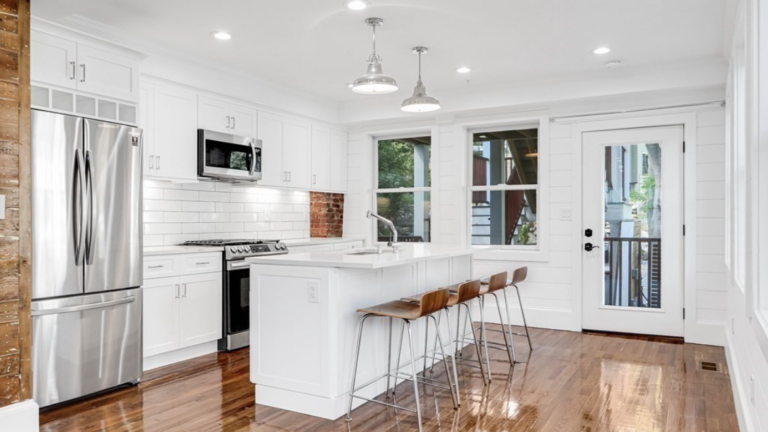