Though he hasn’t played professional baseball in years and turns 48 in May, Manny Ramirez is eyeing a comeback.

In the latest case of what Red Sox fans used to affectionately call, “Manny being Manny,” the former Boston slugger has stated his intention to return to baseball to play in Taiwan.

Ramirez revealed his plan in a recent interview with the Taiwan Times.

“My goal for 2020 is to find a roster spot in the [Chinese Professional Baseball League],” Ramirez said. “I have been itching to get back in the batter’s box and be able to compete again. I also miss being around teammates and team dinners post-game.

“I know if I was given the opportunity to come in an organization as a player-coach, it would do great things for the organization and the league,” Ramirez continued. “When I arrived in 2013, attendances nearly quadrupled overnight. That means, there is love for the game and the fans will come but the owners must bring what the fans want.”

Currently, the CPBL is one of the only sports leagues in the world playing games amid the global COVID-19 pandemic. Yet according to Ramirez, American teams have also expressed interest.

“I have had a few offers for teams in the Atlantic League, but am more in favor of experiencing Taiwan and their delicious food,” said Ramirez.

Like many baseball fans missing live sports during the season suspension, Ramirez has been tuning in to watch Taiwanese baseball.

“My routine consists of being awake by 6 a.m, reading and educating myself more and more on the Bible followed by nine innings of Taiwanese baseball,” Ramirez explained.

The last time Ramirez played professionally was in Japan in 2017. His final Major League appearance came with the Rays in 2011.

Ramirez signed with the Red Sox in Dec. 2000 amid fanfare and one of the largest contracts in baseball history (eight years, $160 million). Over the next seven and a half seasons, he became a Boston icon, hitting 274 home runs and amassing an impressive .999 OPS. His distinctive approach to the game won both fans and critics.

In 2004, he was named World Series MVP as he helped the Red Sox win a championship for the first time in 86 years. 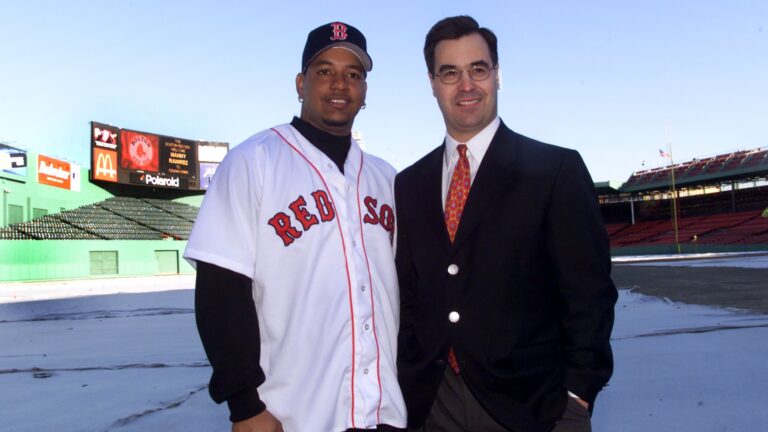