Baseball’s fight at the moment is whether major league players will stage some sort of major league season, and that’s appropriate. In the midst of the novel coronavirus pandemic, the sport, like all sports, is viewed from the top down. The details about health and safety matter. The overarching economics matter. The fight to get to an agreement matters.

But even as Major League Baseball and the players’ union haggle over the specifics, we already know one thing: a sport that for generations was built on minor league players developing in relative obscurity likely won’t be able to offer that obscurity in which to develop. The road to the big leagues this summer is a dead end, and it’ll almost certainly be rerouted in the future.

One small news bulletin from across the majors came Tuesday: The Oakland Athletics will cease to pay the $400 weekly stipend to their minor league players at the end of this month. Other clubs surely will follow. But does their development cease when the funds stop?

What of the minor league players who were supposed to get in their 500 plate appearances this season, each helping build a base of experience that helps them grow? They’re scattered, with no idea when and if they’ll be back at team facilities or when and if they’ll have a season.

“We don’t know what the rules are, and that’s been the hardest part for us,” said the head of one club’s player development department. “It’s a moving target. And for the players, you can only ask them to do what they’re comfortable doing. Some can play catch. Some have the ability to throw off a mound. Some don’t. It’s all over the map.”

Now, according to chats with more than a half-dozen general managers and player development executives across the league, who spoke on the condition of anonymity so as not to reveal their teams’ specific situations, the best hope of salvaging even part of a minor league season might not come until late summer, and it could center more around intrasquad games rather than a full season. There might be an Arizona Fall League for elite prospects, though there might not. And in quarantine, the quest to quantify progress is nearly impossible.

“You’re trying to keep the players engaged,” said one player development official. “You’re doing Zoom calls with a group. You’re having guest speakers. Coaches can offer a thought of the day or can reach out to players one-on-one. But what kind of instruction are they getting? There’s so much difference in what facilities and resources guys have available to them, you’re really losing the consistency.”

Of all the athletic endeavors that figure to be reshaped after the pandemic ends, the path to the majors might lead the way. Major League Baseball was already pushing a plan to reduce the number of affiliated minor-league clubs by about 40, down to 120. That would, not coincidentally, reduce the number of coaches and players they employ, and thus reduce the costs. The coronavirus will almost certainly hasten that reduction.

Careers will end, too. If the season goes forth and major league clubs are allowed to keep 50 players on both an active roster and a taxi squad – as MLB has proposed to the union – clubs will have to evaluate priorities.

“Say you signed a veteran guy for your Triple-A team,” one official said. “You’ve got to be pretty certain you’re going to use him for the big-league team during the season to keep him on the books. Otherwise, he’s a release candidate. You’re not going to keep him around.”

The draft, too, almost certainly will be fundamentally changed. Next month, MLB will hold a draft that includes just five rounds rather than the normal 40, with clubs being allowed to sign an unlimited number of draft-eligible players thereafter, but none for more than a $20,000 bonus. The impact of these circumstances will be felt at all levels of baseball.

“Say a fifth-round pick would get a bonus of $320,000,” one longtime player development and scouting department head said. “There are bubble guys who might have been sixth-round picks. Do they sign for $20,000, or do they go back to college?”

Returning for another year of college ball will have trickle-down effects on rosters that coaches normally can predict rather easily. And some pro scouting and player development officials are frustrated that the draft got lopped off at five rounds.

“I could draft 40 rounds right now,” one scouting director said.

“I think 40’s too many,” another official said. “But I think if we had gone to maybe 10 or 12 rounds, there still would have been value in those picks, and the cost to the clubs wouldn’t have been that great.”

There’s some merit to shrinking the draft, for sure. Last year, Baseball America studied three decades of drafts from 1981-2010. The result: Fewer than one in five drafted and signed players made the majors, and fewer than one in 10 produced at least 0.1 wins above replacement. For every Albert Pujols or Daniel Murphy (13th round), every Adam Eaton (19th round) or Jacob deGrom (ninth round), hundreds of players never come close.

So the challenge this summer will be adding a new group of drafted players, signing others by using a sales pitch to beat out competing teams, and then mixing them with the current group of minor leaguers. And that “mixing” almost certainly will be virtual.

“Can you still have a purpose every day so players can get better?” one general manager said. “There’s no doubt it’s tough. But it’s like everything in life right now: You have to get creative.”

Something’s going to get lost here. It’s inevitable. It’ll be a longtime minor-league city’s summertime diversion. Or it’ll be a veteran outfielder’s last shot at the majors. Or it’ll be the opportunity for a true prospect to improve and get closer to the majors – and be ready when he arrives.

Or, most likely, it’ll be all of those things. Baseball may play at its highest level this summer. But the structure of how the sport’s players are developed likely will be altered forever. 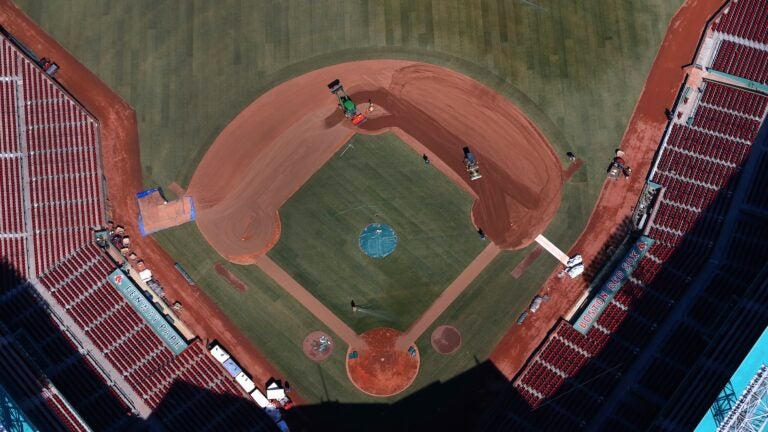 MLB, players' union are working to salvage season, and the next two weeks are critical