The Celtics said goodbye to Kemba Walker on Friday.

Even though Walker’s stay in Boston lasted just two seasons, it appears he left a great impact on his now ex-Celtics teammates.

Star forward Jayson Tatum reacted to the news in an Instagram story on Friday.

“Damn…my boy 4L,” Tatum wrote with a picture of him and Walker playing together.

Tatum played a key role in bringing Walker to Boston when the latter was a free agent in 2019. Following his signing with Boston, Walker shared how Tatum helped lure him to Boston during a Jordan Brand event in Paris.

“Me and Jayson actually spoke for quite some time,” Walker said. “Jayson’s such a good guy, such a great player. For the most part, I like being around high-character guys with work ethic. Just guys who I can be around, be myself around. That’s kind of the vibe I got from JT when I was around him.

“When we left Paris, as the days went on and free agency came and I made my decision, a lot was because of him.”

Guard Marcus Smart was also sentimental in saying goodbye to Walker as a teammate.

“One of the best teammates I’ve ever had! Fam for life! @KembaWalker,” Smart wrote in a tweet with a picture of him and Walker high-fiving.

Smart, along with Tatum and Jaylen Brown, played with Walker on Team USA during the 2019 FIBA World Cup.

Tristan Thompson, who signed with Boston prior to the start of this past season, wished Walker well in his new home.

“My brother @KembaWalker , glad I got to play with you bro!!! OKC got a special talent,” Thompson wrote in a tweet.

Walker was one of a couple of teammates to support Thompson publicly when rumors came up of Thompson not being well-liked in the locker room.

Celtics president of basketball operations Brad Stevens, who coached Walker during his time in Boston, thanked Walker for his time as a Celtic.

“Kemba is a true professional and a great teammate and player,” Stevens said in a statement. “I want to thank him for his tremendous impact, and the positive contribution he’s made both to the Celtics and the City of Boston.” 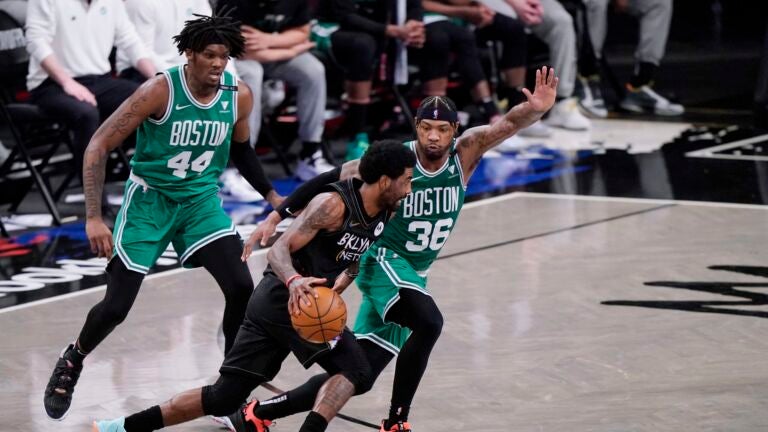