Both teams entered coming off long breaks and it showed early.

Playing for the first time in 11 days, Louisville missed 12 of 15 shots in the first quarter, including eight straight during a five-minute stretch. The Cardinals led 12-11 after a quarter as the Eagles, coming off a nine-day break, committed eight turnovers in the period.

Louisville coach Jeff Walz said the first-quarter lull was more good shots not falling. That changed in the second quarter. At one point, the Cardinals made 6 of 7 shots midway through the quarter to turn a 14-13 lead to a 30-20 advantage after Van Lith hit a 3-pointer with 3:02 left in the half.

“It just happens, but what I liked was we continued to defend,” he said of the early struggles.

The Cardinals were never challenged from that point and pulled away in the second half. None of the starters played in the fourth quarter.

Verhulst, a freshman reserve guard who matched her career-high in scoring, said the team came out with more energy in the second half, which put the Eagles on their heels. Louisville led by as many as 35 points late in the game.

“She’s got a very high basketball IQ,” Bernabei-McNamee said “So they run a lot of stuff for her in their offensive sets, but she also just knows how to play the game of basketball. She’s always been a fun player to watch play, but a player that I have not looked forward to playing against.”

Despite the early woes, Louisville finished shooting 46.9% as 10 players scored.

Boston College entered the game as the third-best shooting team in the country at 48.7%. But the Eagles shot a season-low 35.4%. The Cardinals’ defense came in allowing opponents to make just 33.9%, 19th-best in the country.

With top-ranked South Carolina losing in overtime at Missouri on Thursday night, Louisville will likely get some consideration for the top spot. The Cardinals earned their first No. 1 ranking last season and held that spot for three weeks.

Verhulst said it’s a little early to be thinking about rankings, but she added getting there would mean the Cardinals are doing the right things.

“As long as we’re winning and we’re (doing) what we need to do, I don’t think any of us necessarily care about rankings,” she said. “I think we just want to go out there and win and have fun, and the rankings will take care of themselves.”

Boston College: Turnovers continue to be an issue for the Eagles. After committing 29 in a 76-73 loss to North Carolina on Dec. 19 and 30 in a 69-65 Dec. 5 loss at Virginia Commonwealth, BC committed 21 against Louisville. On Thursday, the Eagles could not shoot to keep themselves in the contest.

Louisville: The Cardinals cruised in the ACC opener, and perhaps more importantly, dominated playing mostly reserves in the second half.

Boston College: Host Syracuse next Thursday. The team’s Sunday game against Pittsburgh has been postponed because the Panthers are adhering to COVID-19 protocols.

Louisville: At Georgia Tech on Sunday. 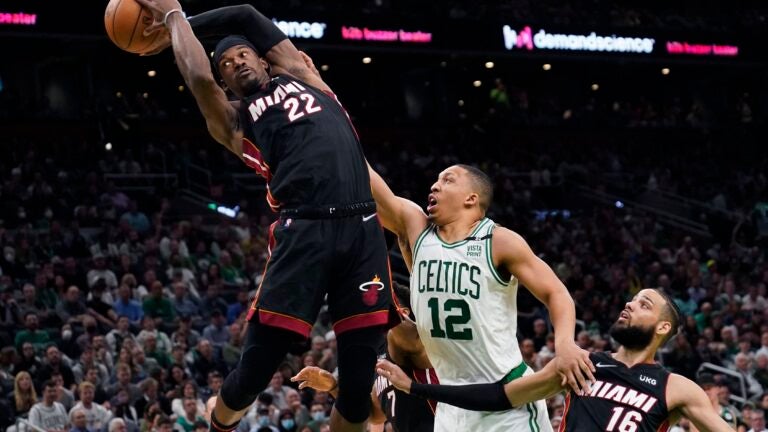 Boston, Miami in tight series, though games are anything but