To thunderous cheers, a smiling Bill Belichick was the honorary fan banner captain for Game 2 of the Stanley Cup Final Wednesday night at TD Garden.

Belichick, introduced as “the greatest head coach in NFL history,” hoisted the black and gold flag well above his head, and steadily waved the banner back and forth. He was joined by Special Olympics athlete James Coffey.

At one point, Belichick looked to pass the flag off to Coffey, who deferred the duties.

Following the festivities, Belichick quickly exited the lower bowl. On his way out, he took a moment to say hello to national anthem singer Todd Angilly.

Later in the night, midway through the second period, the jumbotron showed Belichick in a suite with his right-hand man Berj Najarian; his son, and Patriots assistant, Brian; offensive coordinator Josh McDaniels; and director of football research Ernie Adams.

Owner Robert Kraft, who also attended Game 1, was shown in a separate section of the Garden, proudly waving a yellow rally towel. 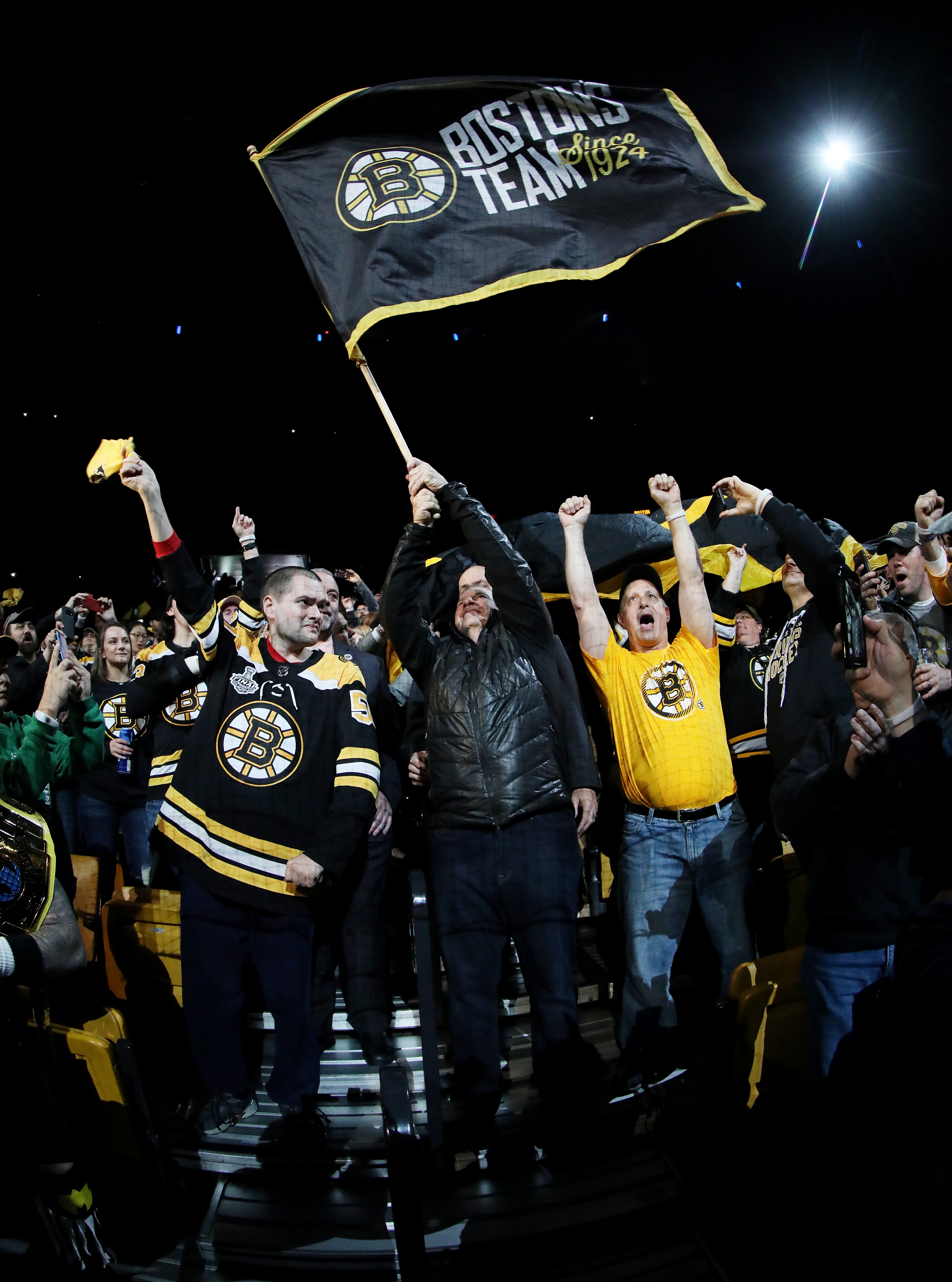 Bill Belichick waves the flag prior to Game 2. 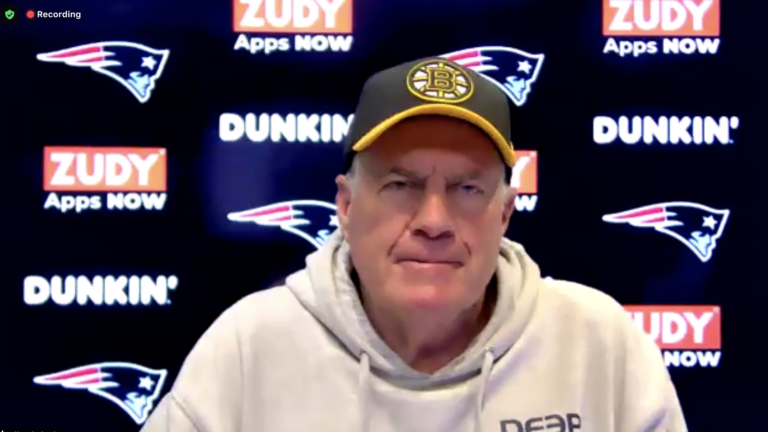