If you’re into royalty, the Revolutionary War, and can’t hide your disdain for the Canadiens, you’ll take this as wonderful news.

If you host a Saturday morning show on WEEI, well, probably not so much.

Jack Edwards, who has developed a persona both popular and polarizing with his enthusiastic calls of Bruins games on NESN, has agreed to a multi-year contract extension with the network. [Terms were not disclosed. I have a call out to Jack and will update here if I hear back.]

The 54-year-old Edwards began calling road games alongside analyst Andy Brickley in 2005, and took over the full schedule of games on NESN in 2007 when Dale Arnold departed.

In recent seasons, Edwards, a former ESPN ‘‘SportsCenter’’ anchor and NHL play-by-play voice at the network, gained notoriety — and become a favorite sports-radio topic, sometimes at the expense of discussing the Bruins’ success — by becoming more subjective and over-the-top during Bruins broadcasts.

During Game 3 of the Bruins’ first-round series victory over Montreal, Edwards yelled, ‘Get up!’’ after Montreal defenseman Roman Hamrlik fell to the ice in a perceived attempt to draw a penalty.

And Edwards’s scripted attempts to wrap-up the night’s events during the postgame often turn into soliloquies that reference pop culture and history and are abstract enough that they’ve gone viral with the aid of such websites as Deadspin.

What’s your take, Bruins fans? Happy Jack’s back? Do you still miss Dale?

Or like me, do you still long for Fred and Turk? 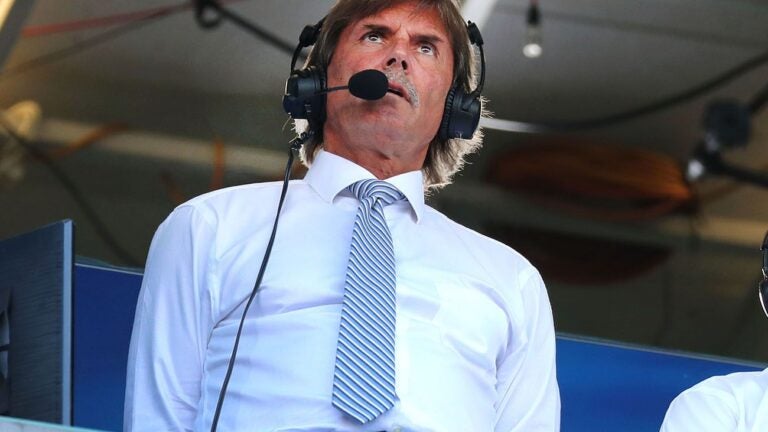 Here are NESN's travel plans for its Red Sox broadcasters