Travis Roy with Bruins Zdeno Chara and Lightning Steven Stamkos after dropping the ceremonial puck before the start of a game on Monday.

Travis Roy never got the chance to sign with the NHL after a devastating accident 11 seconds into his first game playing for Boston University left him paralyzed below the neck. Until Monday night.

Before Monday’s game against the Tampa Bay Lightning, the Boston Bruins signed Roy to a one-day contract. Then, he dropped the ceremonial puck:

October 20 marks 20 years since Roy’s injury. Since that fall on the ice, in which he slid head-first into the boards and broke a vertebrae, Roy has started the Travis Roy Foundation to help those suffering from spinal cord injuries.

Last month, the Bruins donated $50,000 to that foundation. Boston University will honor Roy on October 20 with “A Night for Travis Roy’’ event at Agganis Arena.

“This city doesn’t forget its athletes whether they are legends who played their entire careers here or whether they played 11 seconds as a freshman,’’ Roy told WBZ-TV. “We live in a special place and I get to witness it every day.’’ 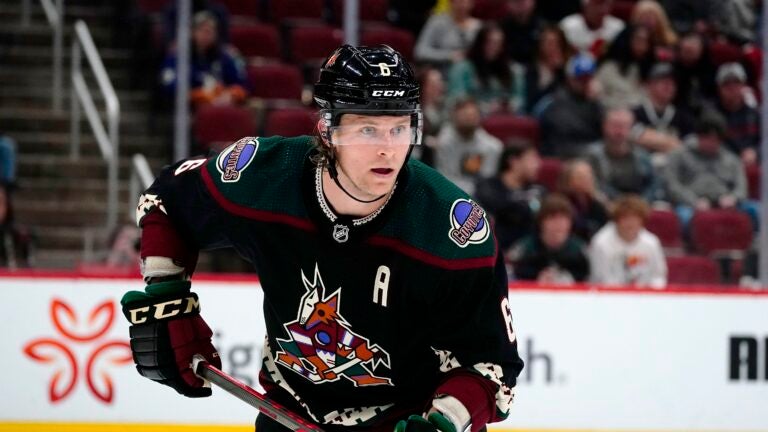 Evaluating the Bruins’ needs a week before the NHL trade deadline