First came the goal, then came the fight.

The fight was Talbot’s first of the 2015-2016 season and first since Dec. 5, 2014 when he went up against Jets forward Jim Slater as a member of the Avalanche. This bout was Larsson’s first of the season and just the second of his career.

Talbot failed to register a shot in 13 minutes of ice time and finished the night with an even plus/minus rating in the Bruins 4-1 to win over the Sabres. But his presence as part of the fourth line — alongside Zac Rinaldo and Landon Ferraro — was certainly felt. 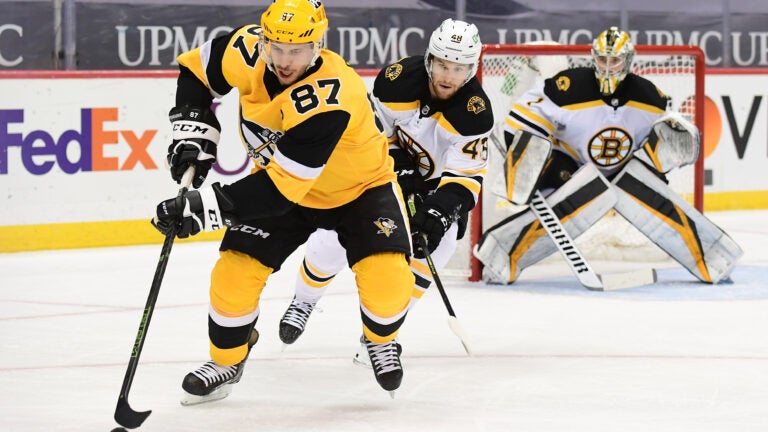 Three takeaways as the Bruins fall to the Penguins in a heavy, playoff-like tilt