After general manager Don Sweeney said Monday that the Bruins didn’t receive any competent offers for Loui Eriksson, president Cam Neely gave some clarity as to what exactly the team was looking for in a deal for the veteran winger.

Neely told 98.5 The Sports Hub’s Felger & Mazz on Thursday that the asking price for Eriksson was either a top-six forward or a first-round draft pick. However, the Bruins’ were not presented with any offers to their liking, which the president called “baffling to everyone in our management group.’’

“We explored moving Loui — it’s no secret,’’ Neely said. “And we felt if we got the return that made sense for the club that we would end up probably moving Loui. We weren’t getting the return that we felt we deserved for a guy like Loui — what he meant to the team this year, how well he’s played this year.’’

Instead, the B’s opted to pull the trigger on a couple of minor deals, landing forward Lee Stempniak from the New Jersey Devils and defenseman John-Michael Liles from the Carolina Hurricanes.

The Bruins currently sit third in the Atlantic Division and are lined up to secure a spot in the NHL playoffs, after failing to make it last season, but Neely said that there is no pressure to do so.

“Listen, we know our holes,’’ Neely said, “but never once this year did [Bruins owner Jeremy Jacobs] say ‘You have to make the playoffs.’’’

“I ask for a little patience of what we’re trying to accomplish here,’’ Neely went on. “I know there’s expectations from media and our fans, and everyone wants things to turn around quick.’’ 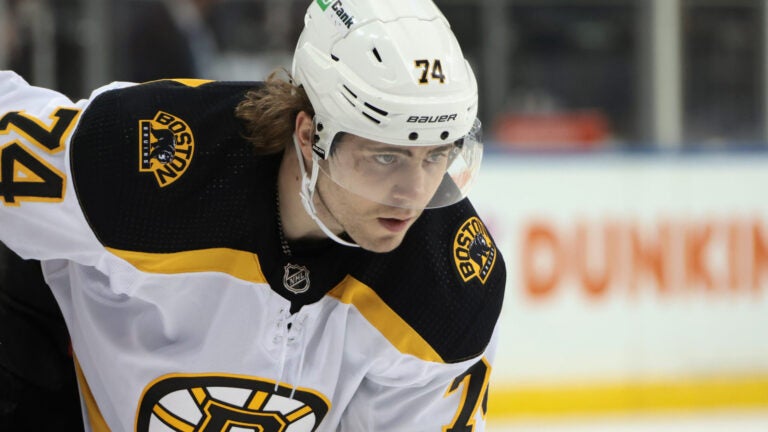