It looks like the Black and Gold could have a touch of Crimson next season.

Jimmy Vesey, Harvard’s captain and leading scorer, announced that he would become an unrestricted free agent on August 15th, opting not to sign with the Nashville Predators, who drafted him in the third round of the 2012 NHL Draft.

Vesey played all four years at Harvard, racking up 80 goals and 64 assists in 128 career games. Prior to his Ivy League debut, he played one season for the South Shore Kings, Foxboro’s Tier III Junior A team, leading the team in scoring with 48 goals and 43 assists in 45 career games.

The 6-foot-3 winger from North Reading, Mass. turned down a roster spot with the Predators to earn his degree, and has expressed an intent to stay in his home state, in the town that he proved himself worthy of a draft pick, via the Boston Herald

“If Vesey reaches free agency it would be a crushing loss for the Predators, and maybe fantastic good fortune for the Bruins. According to an extremely well-placed source within the Boston-area college hockey community, the forward will opt for free agency and sign with the B’s.”

His father, Jim Vesey, now a scout for the Toronto Maple Leafs, spent time with Bruins organization from 1991-1993, notching 38 goals and 39 assists for the Providence Bruins, with 4 games playing for the B’s at the NHL level. Prior to his pro debut, he played four years at Merrimack College.

According to the Nashville Post, the Predators organization, and General Manager David Poile, didn’t see this move coming

Poile went on to express that their pursuit of Vesey isn’t over.

“At this time I will repeat: Our relationship with Jimmy Vesey has been excellent for almost four years. We’ve been a big part of his development. We’ve invested a lot of time. Our relationship is good. The fit and opportunity remains very good here for him in Nashville, and I am going to continue to see whether we can try and persuade him to change his mind.”

Despite Poile’s best efforts, the Predators organization hasn’t even been able to get a meeting with Vesey in the past week.

Vesey’s last game with Harvard came in a 4-1 loss to Boston College in the Northeast Regional Semifinal of the Frozen Four tournament last Friday. His last home game came on March 12th in an 8-2 win over Rensselaer; Jimmy notched 2 goals. 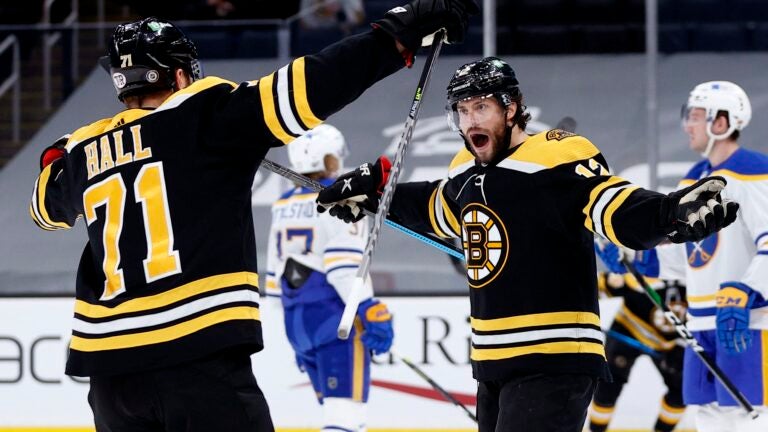