With wins in three of their last four games, the Bruins hope to carry the momentum into another difficult and busy week. The Bruins are coming off a 2-1 win in Buffalo on Saturday and have earned at least one point in four straight games.

The news in Buffalo on Saturday wasn’t all that great as Matt Beleskey left the contest after taking a hit from Sabres forward Tyler Fedun. Beleskey was not on the ice Monday morning as the Bruins took in their morning skate at Warrior Ice Arena.

According to head coach Claude Julien, there’s a very good chance Zdeno Chara will return to the lineup tonight.

Let’s take a closer look at the Bruins’ week ahead:

The Bruins and Panthers meet for the second time this season Monday at TD Garden. The Bruins were victorious in Florida in early November, 2-1. The Bruins would be wise to go with Tuukka Rask tonight against the Panthers. The Bruins’ starter is 16-3-1 in his career against Florida with a 1.48 goals-against average and a .951 save percentage.

One season after winning the Atlantic Division, the Panthers trail the Bruins by three points in the division. The Black and Gold currently sit fourth in the Atlantic.

The Panthers have had some tough luck of late with just two wins in their last six. Three of those games have either finished in overtime or the shootout.

Meeting on NBCSN’s “Wednesday Night Rivalry”, the Bruins will head to our nation’s capital to take on the Capitals. The Caps have lost three straight and will look to end their skid tonight against the Sabres before hosting the Bruins.

As expected, the Caps are one of the league’s best when it comes to allowing goals. Their 2.2 goals against average is good enough for fifth in the league. Washington hasn’t been as dynamic offensively as expected, averaging a mere 2.5 goals per game.

As much as the team has struggled offensively, Nicklas Backstrom and Alex Ovechkin have been two bright spots for Washington. With 21 and 18 points, respectively, the Capitals are lucky to have their solid one-two punch.

After their contest in Washington, the Bruins return home to finish the week with two straight at home. First up is the Colorado Avalanche, who the Bruins beat 2-0 just under a month ago in Denver. The Bruins did a great job in that contest to limit the Avalanche’s chances as they had just 21 shots.

Colorado has won just three times since losing to the Bruins and have lost five in a row entering Tuesday’s contest in Nashville. As was the case a month ago, the Avalanche are still having issues on both ends of the ice and got some bad news over the weekend as defenseman Erik Johnson broke a leg and is expected to miss 6-8 weeks.

The Avalanche’s 19 points are the fewest in the NHL and the team has not scored more than three goals in their last eight games.

As the Bruins conclude their week Saturday, B’s fans will get to see Auston Matthews in person for the first time. The 2016 first overall pick has gotten off to a good start with 19 points in 24 games. Fellow rookie Mitch Marner has been equally as good with 19 points as well. After a handful of down years in Toronto, James van Riemsdyk is finally giving the Maple Leafs the boost they need with a team-leading 20 points.

The Leafs are returning home from a trip to Western Canada where they managed to pick up three of a possible six points. Inconsistency has been the biggest problem in Toronto this season as the Leafs look to turn things around after several rough seasons. 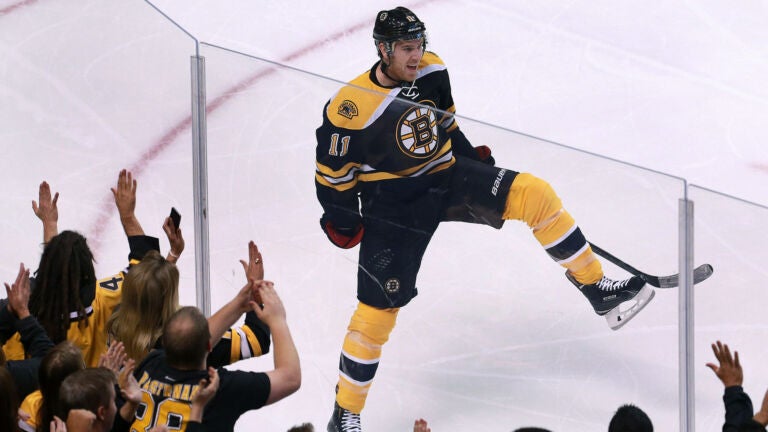