Veteran goaltender Jaroslav Halak will sign with the Bruins to serve as Tuukka Rask’s backup, according to multiple reports.

The Slovakian is heading to Boston on a two-year deal, Sportsnet reported.

Bruins GM Don Sweeney said experience was “at the top of our list’’ for a backup tender. Halak, 33, has been No. 1 for Montreal, St. Louis, a brief stint with Washington, and most recently, the New York Islanders.

Last year in 54 games with the Islanders, Halak posted a 20-26-6 record, a 3.19 goals against average, and a .908 save percentage. Halak is also a Team Slovakia pal of defenseman and captain Zdeno Chara.

The hope for the Bruins would be that Halak is sharper with less work and a tighter defense in front of him.

Halak will replace Anton Khudobin, who will reportedly land with the Dallas Stars. Sportsnet reported the Stars will give Khudobin to a two-year deal worth $2.5 million per year.

Sweeney said Friday he expected the 32-year-old Khudobin to sign a contract elsewhere.

“I think the goaltending one is going in a different direction at this point,’’ Sweeney said, all but confirming that the team and its reliable reserve couldn’t come to an agreement on a raise. 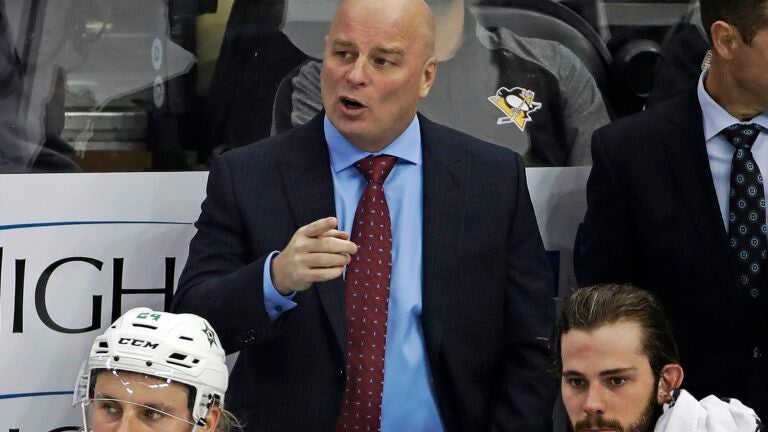 Bruins to hire Jim Montgomery as their next head coach