RALEIGH, N.C. (AP) — Brad Marchand scored the tying and go-ahead goals and the Boston Bruins continued their dominance of the Carolina Hurricanes with a 3-2 victory on Tuesday night.

Marchand scored the tying goal with 18 seconds left in the second period and the eventual game-winner just over five minutes into the third period as Boston improved to 11-0-5 in its last 16 meetings with Carolina. The Hurricanes haven’t beaten the Bruins in regulation since April 2013.

David Pastrnak scored and Patrice Bergeron had three assists for the Bruins. Jaroslav Halak made 42 saves.

Micheal Ferland and Dougie Hamilton scored for the Hurricanes, who have lost five of seven after a 4-0-1 start. Sebastian Aho recorded an assist for the 12th straight game, tying the NHL record held by Wayne Gretzky and Ken Linseman for most consecutive games with an assist to open a season.

Scott Darling stopped 28 shots in his first start of the season after returning from an ankle injury.

In an all-too-familiar script, the Hurricanes had the upper hand early before fading late. Ferlund stuffed home a rebound for a power-play goal to open the scoring in the first period. After Pastrnak’s bad angle slap shot along the goal line oddly curled around Darling’s body and tied the score in the second, the Hurricanes appeared poised to take a lead into the final period when Dougie Hamilton’s slap shot from the point sailed over Halak’s right shoulder with 1:27 to go in the second.

But Marchand and Bergeron, who have tormented the Hurricanes in recent years, spoiled those plans. In a tremendous individual effort, Bergeron caught Warren Foegele from behind on a breakaway and fired a pass the length of the ice to Marchand, who took advantage of a Hurricanes line change and stood alone on the Carolina blue line.

Marchand received Bergeron’s pass, moved into the faceoff circle, and fired a wrist shot past Darling’s outstretched right pad, tying the score with 18 seconds left in the period and stealing the momentum.

Marchand turned that momentum into a lead in the third. Just over five minutes in, the Bruins’ speedster raced down the ice, deked Darling on the left post and flew around the net, scoring on a wraparound that gave the Bruins their first lead.

The stunned Hurricanes never recovered, managing only eight shots in the final period after recording 36 in the first two.

Bruins: Wrap up a two-game road swing at Nashville at Saturday. 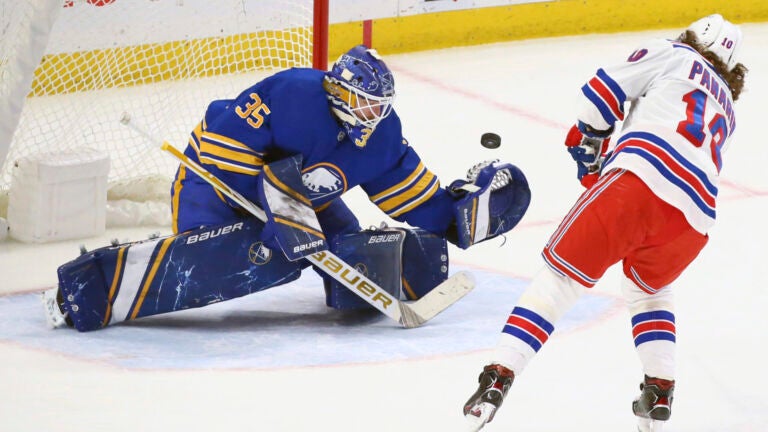