The Bruins host the Sharks at TD Garden Tuesday at 7 p.m., while the Celtics play on the road against the Toronto Raptors at 8 p.m.

Bruins general manager Don Sweeney emphasized there will be no tension between Marcus Johansson and Brad Marchand: On Jan. 23, 2018, Brad Marchand drove his right elbow into Marcus Johansson‘s head while he followed a shot on Devils goaltender Corey Schneider during the third period of a game between the Bruins and Devils. Johansson skated off under his own power that night, but he missed the remainder of the regular season while recovering from a concussion. Marchand has suspended five games by the NHL for the hit to the head.

While Johansson criticized Marchand for the “stupid” hit when he returned to practice last season, Don Sweeney told reporters Monday that he does not expect any tension in the locker room between the new teammates.

“I think [Johansson’s] quick line was, ‘I’d much rather be playing with Marchand than against,'” Sweeney said.

The Celtics emphasized improving their transition defense ahead of Tuesday’s game against the Raptors. The team hopes Aron Baynes will recover from his left-foot contusion in time to join the upcoming West Coast road trip.

Transition defense will be the main focus tomorrow night. pic.twitter.com/mUQyNYu8Z6

“She wanted to win a World Series for Boston,” longtime Red Sox player Carl Yastrzemski said, as reported by The Boston Globe the following day. “I wish she was around to see it. She was a great baseball fan. It’s a sad loss. She was a fine woman and wanted to win it so badly in the last four or five years it was just incredible. It just seems that everything always went against us.” 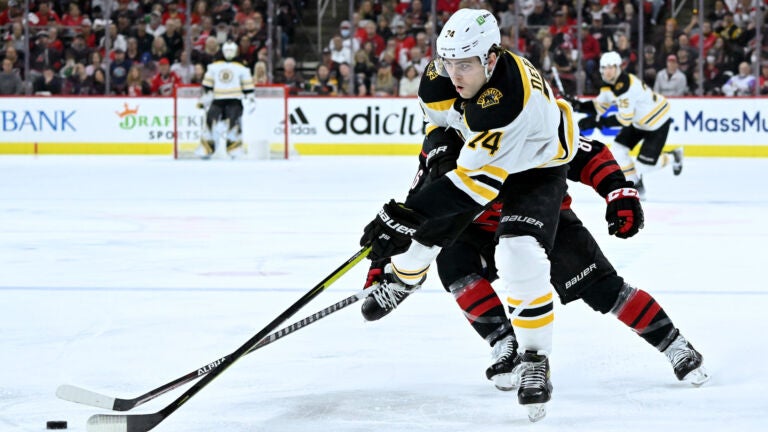