“It was a hockey play,” Charlie McAvoy said of his hit on Blue Jackets forward Josh Anderson at the end of the second period Monday. “I tried to finish my check in a legal manner. I was penalized two minutes, and I served it, and I just came back and tried to be an impactful player.”

Bruins defenseman McAvoy received a two-minute minor penalty for an illegal check to the head during the Bruins’ Game 6 win.

Did Kelly Sutherland wave for McAvoy to be out of the game? (McAvoy got 2 minutes for illegal check to the head) pic.twitter.com/v3Fh5HW8Ge

Anderson appeared shaken up after the hit, but he returned to the game for the third period and finished with 22:06 minutes played Monday.

As both teams went through the end-of-series handshake line, McAvoy and Anderson appeared to make amends. The opponents patted each other on the chest, and Anderson even flashed McAvoy a smile before each skater continued down the line.

“Uhh . . . that’s between me and the individual,” McAvoy told the Boston Globe‘s Kevin Paul Dupont when asked what he and Anderson said. “We went at it pretty good this series. I have a lot of respect for him. He plays the game as hard as anyone. I mean, it was good to see him back out there.”

When Dupont asked where McAvoy intended to hit Anderson on the play, the 21-year-old defenseman reiterated that he tried to make a clean hit.

“I put my shoulder into him,” McAvoy said. “When I hit, I do my very best . . . I keep my elbow tucked so I don’t get it out there. I hit with my shoulder and try to, you know, hit with as much power as possible. He’s a bigger guy . . . it was a hockey play. I tried to deliver a check. I was penalized two minutes for it. I served it and came back and played.”

The NHL has not yet announced whether McAvoy might face supplemental discipline for the play.

The Bruins next face the Carolina Hurricanes in the Eastern Conference Finals. 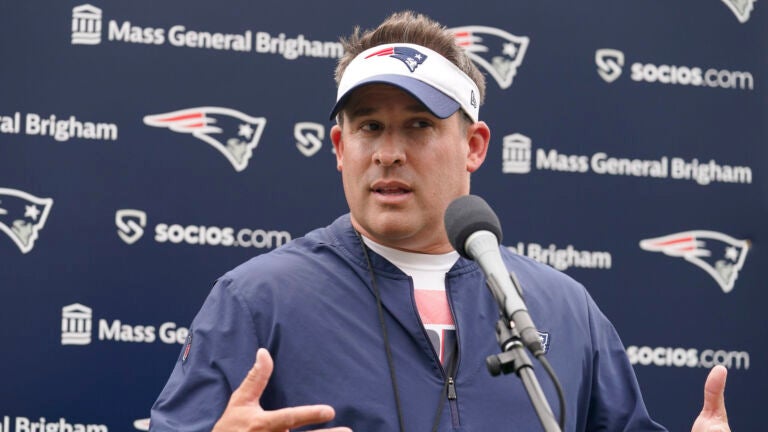