Zdeno Chara did not play in the Bruins’ Game 4 win over the Hurricanes Thursday, but the team’s longtime captain skated out in uniform after the game to celebrate and lead the Bruins in the ceremonial, end-of-series handshake line.

“You gonna be alright?” Brind’Amour can be heard asking Chara.

“Yeah, I’ll be alright,” Chara, who the Bruins expect to return for Game 1 of the Stanley Cup Final, said. 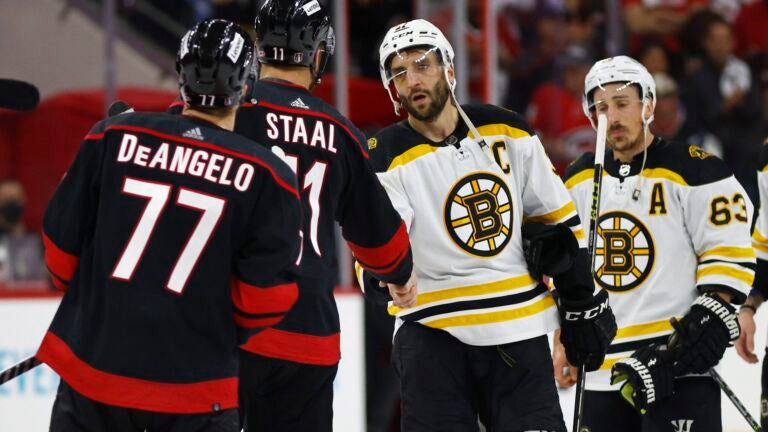