The Stanley Cup Final between the Boston Bruins and St. Louis Blues begins Monday at 8 p.m. at TD Garden.

Patrice Bergeron and co. swept the Hurricanes in the Eastern Conference finals and will have gone without game action for 11 days by the time the puck drops. The Blues punched their ticket to their first Cup Final appearance since 1970 after eliminating the Sharks on May 21.

After eliminating two teams that had completed sweeps in the previous round, the Bruins are now the team advancing after a sweep, just four wins from Stanley Cup glory.

Here’s what NHL experts are saying about the Bruins’ chances against the Western Conference champions:

“When he’s shooting the puck like that and scoring goals, everybody else seems to fall in line,” Sharp says.

Jones highlights Blues defensemen Jay Bouwmeester and Colton Parayko as “a different animal” than what the Bruins faced in the Eastern Conference final.

“Their size is a big factor. They can play the game physically, they can knock you down,” Jones said. “They’re going to compete and try to out-compete you… they will block shots. They do a great job in using their size to get in the way of pucks, and they’ve done a really good job throughout the playoffs of moving the puck and creating opportunities at the other end of the ice.”

Jones compliments both team’s goalies in anticipation of a duel between Jordan Binnington, the Blues’ rookie, and veteran Tuukka Rask.

“[Jordan Binnington] has shown that he has no holes,” Jones says. “Mentally, he is always ready for the challenge. Physically, he’s backed it up with stellar play. He’s shown that he can play with a lot of bodies around him.”

Jones also says he believes Rask is “a guy that gets away from the game when the opportunity presents itself,” and that it will make the difference for him when the Cup Final starts after a long break.

“This is an outstanding netminder that’s at the top of his game right now,” Jones says. “I would expect him to settle into the series as he has through the first three rounds of the playoffs.”

Dom Luszczyszyn, The Athletic: Bruins favored over the Blues in a 73-27 percent split.

Luszczyszyn’s statistical model gives the Bruins a whopping 73 percent probability to defeat the Blues, though he admits a hesitancy to agree with it. The problem, Luszczyszyn says, is that the Bruins have played at an elite level the entire season. The Blues only found that gear in the season’s second half. It is appropriate then that these two teams should meet in the Cup Final – since Jan. 1, only the Tampa Bay Lightning earned more points than the Bruins or the Blues.

He expects even-strength play to slightly trend in the Bruins’ direction in this series thanks to stellar work from the defensemen and Rask’s elite play throughout the postseason, even if his lofty stats (.942 save percentage) should fall back to earth. On special teams, the Bruins own a huge advantage: they scored on 34 percent of power-play opportunities thus far in the playoffs and allow goals on under 15 percent of penalty kills.

While Luszczyszyn praises St. Louis’ overall play in the Western Conference final, the Bruins played better in their last series top-to-bottom. In particular, he notes the Bruins are most dangerous when the top line (Patrice Bergeron, Brad Marchand, David Pastrnak) is on the ice with Torey Krug, earning a 70 percent expected goals rate together. The team as a whole appears weaker when Zdeno Chara, the only Bruins defenseman with an expected goals rate below 50 percent, is on the ice.

Overall, it’s too hard to ignore the Bruins’ all-around roster quality paired with what Luszczyszyn calls “the best line in hockey.”

“There’s simply more to like on Boston’s roster and it’ll take the best version of the Blues to overcome the consistency, depth, and star-power of the Bruins,” he writes.

“The Bruins are the better, deeper and more experienced team and they are destined to win the Cup,” NHL.com editor-in-chief Bill Price writes. “When it’s all over, Brad Marchand will be playing ‘Gloria.'”

Jake Rill, Bleacher Report: “History is on the way for St. Louis, which will win another competitive series by taking down Boston in six games to end the season with a championship.”

Rill writes that between the Bruins’ inevitable rust after not playing since May 16 and the Blues’ success on the road in the postseason (7-2), fans can expect St. Louis to win Game 1 and only build momentum from there, ultimately lifting the Stanley Cup for the first time. 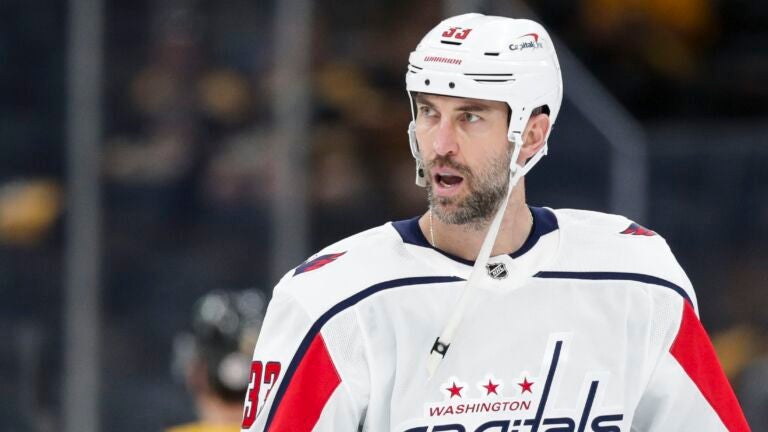