In his first season as the Boston Bruins national anthem singer, Todd Angilly has already made quite a name for himself.

Sporting his usual black suit and black and yellow striped tie, Angilly has been seen belting his powerful rendition of the Star Spangled Banner throughout the entire playoffs. He was one of 52 finalists to audition for the job opening following the retirement of Garden legend Rene Rancourt a year ago after 40-plus seasons.

However, it turns out he’s more than just an outstanding vocalist.

Last month, NBC featured the talented anthem singer during Game 2 of the Eastern Conference semi-finals against the Columbus Blue Jackets. The network covered all of Angilly’s duties at Bruins games, including bartending when doors open at the Boston Garden Society SportsDeck. Then, as puck drop approaches, he makes his way to the ice where he performs the anthem.

On top of that, Angilly also works as a probation officer. You can watch the full clip below: 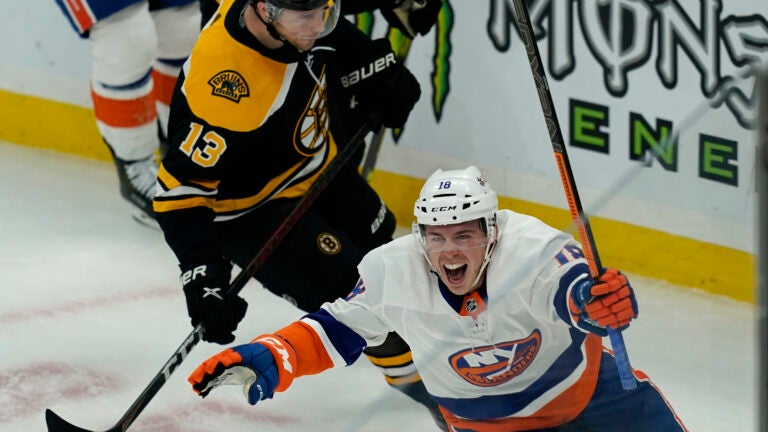 3 takeaways as the Bruins fall to the Islanders in overtime