For every home win during this year’s magical St. Louis Blues run to the Stanley Cup Final, one song echoes off the walls of the Enterprise Center: Laura Branigan’s 1982 smash hit, “Gloria.”

The origin of the team’s use of the song takes place off the ice and a long ways from St. Louis, at Jacks NYB, a small hole-in-the-wall bar in Philadelphia. Five Blues players were in town, watching the Chicago Bears play the Philadelphia Eagles in the NFC wild card round back in January. Allegedly, a club member repeatedly yelled, “Play Gloria!” and the bar went crazy as the DJ continued to oblige during every commercial break.

Apparently, the players marveled at the spectacle so much that they brought the song back to St. Louis with them.

“They just went nuts when they heard it, and we loved watching it,” Blues forward Robby Fabbri told USA Today. “So we just happened to get a win the next day and made it our win song.”

Beforehand, The Blues already had a victory song in “Runaround Sue,” but rookie Jordan Binnington’s had a shutout of the Flyers the next day in his first NHL start, which came near the beginning of the team’s massive turnaround this season. “Gloria” played, and as superstitions go, the Blues ran with it.

Now at Jack NYB, “Gloria” is played after each Blues goal and followed by celebratory shots of liquor.

Laura Branigan died in 2004, but her verified Twitter account has strongly supported the Blues’ association with the song. A couple of weeks ago, Pete Blackburn of CBS Sports tried to sell “Play Gloria” merchandise with Bruins colors on it, but the account wasn’t having it.

According to USA Today, “Gloria,” reached No. 2 on the charts 37 years ago and reached as high as No. 44 on the iTunes chart earlier this month after St. Louis native Pat Maroon scored in double overtime of Game 7 against the Dallas Stars in the second round.

“The song alone is a fun song, and when you have a good feeling coming in after a win it’s a good song to hear,” said Fabbri. 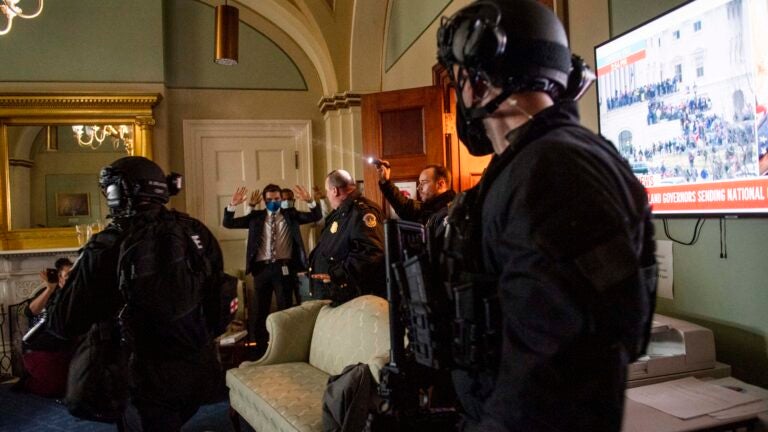 6 hours of paralysis: Inside Trump’s failure to act after a mob stormed the Capitol