Mike Emrick is the Vin Scully of hockey, a play-by-play broadcaster whose pleasant mastery of so much about the job — cadence, anecdote, and defter deployment of verb than Roget, for starters — has made him virtually universally beloved in a disagreeable age when spiteful arrows are aimed at even the best of us.

The 72-year-old Emrick, known as Doc — he earned his PhD in communications from Bowling Green University in 1976 — has been the lead play-by-play voice for the NHL on NBC since it was in its previous incarnation on Versus in 2005-06. He has the hardware as confirmation of his success and appeal, but his jovial nature never suggests he needs it.

Listen to Doc call a game, or shadow him for a few hours as I did Wednesday in advance of Game 2 of the Stanley Cup Final to learn how he prepares for his week, and at some point you’re going to catch yourself thinking how much cooler and exciting your life would seem if somehow you could convince him to narrate it.

Yet when he’s asked, after 46 years of calling hockey games at a professional level, what he hasn’t done that he would like to, he offers a recollection rather than an unfulfilled wish, and his voice rises in the telling the same something-is-about-to-happen way as when he’s anticipating a goal. And that’s when he tells you about the time he called a girls’ hockey game among 12-year-olds in Detroit during the 2012-13 NHL lockout.

“I think that was one of the finest nights I ever spent in the rink,’’ said Emrick, who did it for a segment on a newsmagazine show. “The [show’s producers] did great research before, and gave me nuggets on all of the kids.

“I got to talk to one girl who wanted to be a veterinarian, and she had a dog, two cats, and hermit crabs. And I said, what do those eat, and she said little rolled up bits of lettuce. Another was a concert violinist! And all this was for them was an activity. They were playing hockey, but it was a fun activity.

“But the thing I remembered was, it was hard to read the numbers because of the ponytails. Covered up their names and numbers,’’ he laughs. “That got a little tricky.’’

Within that sweet story is a significant clue about one major reason why Emrick is so superb at his job beyond the approximately 3,500 professional games of practice: He is extensively, extraordinarily prepared.

The specific details of the 12-year-old players — a concert violinist! — jibe with the information he covets, seeks out, and documents in a hand-written three-ring binder that accompanies him to the broadcast booth, and would make a heck of an artifact for the Hall of Fame someday.

In the quest to learn first-hand how Emrick prepares, I meet him Wednesday morning at TD Garden in what passes for NBC’s green room for the Cup Final. It’s not much more than a tiny hole in the cinder block wall on the third-floor hallway across from the Bruins’ locker room.

Emrick is there, a little before the Bruins’ 10:30 morning skate. He smiles. He has his binder open. He’s happy to share.

“Everyone has their own system for things,’’ he said. “Some are more intricate than the others. I’ve done it 46 years, so mine might be more detailed since I’ve had so many situations where I didn’t have something or wanted to add a category or item. It’s analog, but I can find what I need during the broadcast in five seconds.’’

The binder features a language all his own, more numbers than letters, neat and yet indecipherable to one without clues to its code. It is at least two inches thick, maybe thicker. The players’ names are written large, with numbers and notes alongside in multicolored ink.

A red 6 is in Patrice Bergeron’s column. “That tells me he’s the leader in power-play goals,’’ said Emrick.

In another column, he keeps a record of individual players on penalty shots against the particular goalies.

“It rarely comes up, but it did last time against Columbus, when [Tuukka] Rask faced [Boone] Jenner, he hadn’t faced him before in a shootout. It helps to have that. Once in a while, you’ll get a guy that’s 3 for 4 against a goaltender. It tells you that, yeah, he’s got a pretty good record against him. And it’s something to say before he picks up the puck. That’s all it is.’’

He’s honed his binder over the years, adding and subtracting, the additions often coming when he found himself without a nugget of information he wanted to know. “You tell yourself it’s not going to happen again,’’ he said.

The changes in the game through the years have led to his subtractions. The league and team keeps better statistics than it did in the ’70s, for instance.

“But there have been some things I’ve done away with on my own,’’ he said. “One was the 10-point Must System for fights. When a fight would take place, the winner would get 10 and the loser would get a number less than 10. One night I got on the bus and the players always wanted to know how I scored a fight. And I scored it 10-8 for the guy from the opponent, Columbus. And they said, ‘He didn’t even finish the game! He went down for a snooze, how could you say he won?’ Well, I gave it up that night.’’

Emrick calls perhaps the fastest-paced sport with nary a tangle of the tongue. He’s all graceful play-by-play and articulate anecdotes.

Frank Deford wrote that Emrick is “an authority on the game and a connoisseur of the language.’’Al Michaels said Emrick could make a cockroach race in your basement seem interesting.

He once was counted using 153 different verbs (waffleboarded, shuffleboarded, ladled, fanned, knifed, rifled, pitchforked . . . ) to describe a pass, something he learned from a broadcasting mentor named Lyle Stieg, who told him that he needed to come up with different ways to say things because hockey action can be repetitive.

“I don’t sit up there and try to make up words,’’ Emrick said. “It’s not conspiratorial, I just see what I see and it translates to the moment. And I always remember something Dick Enberg told me. The best ad-libs are written down. Be prepared for the moment, especially if there’s something important you want to say and don’t want to risk not having it quite right.

“I do think hockey is the easiest sport for play-by-play because it’s continuous action. It’s kind of like dancing to ‘YMCA’ when it’s played. Everybody can do this making a Y with his arms, but it’s what you do when you’re not making the letters that tells me whether you’re a good dancer or not. How do you fill in those gaps? Well, in hockey, you don’t have to fill in a lot of those gaps, because it’s always moving.’’

After the introductory course lesson on his binder, Emrick heads to the Garden seats to sit for an on-camera interview. No detail escapes him at rinkside, either. “If you want to be where there is hardly anybody and no chance of anyone walking with you, we should probably go over this way,’’ he says, pointing to a spot a few rows up behind the goal.

A moment into his interview, the ubiquitous song “Old Town Road’’ begins blasting over the PA system. “If you’ll excuse me for a moment, I’m going to go see if I can have them turn that down for a few minutes,’’ Emrick said.

The music stops. You don’t know if Emrick got it done, but it’s clear he’d know who to ask. He knows just about everyone, and they know him. During Game 1, he mentioned Bruins public address announcer Jim Martin by name at the top of the broadcast. He is greeted with “Hi, Doc’’ and a handshake no matter where he goes in the building.

I catch up with him again while waiting for NBC’s broadcasters’ meeting with Bruins coach Bruce Cassidy. Talking to the coach, especially one as candid as Cassidy, is imperative, he says. He’s also hoping to ask specific questions for a couple of Bruins, including young defenseman Connor Clifton, but the locker room is too jam-packed for private chats. “You recognize you may go away emptyhanded,’’ he said.

When the Bruins’ availability is over a little past noon, Emrick heads back to his hotel, knocks out a couple of radio interviews, and prepares for the game, including going over anecdotes he may have picked up and features that will be used in the broadcast. He changes his clothes, and returns to the rink around 2 p.m., six hours before the puck drops on what would be a 3-2 Blues win in overtime.

“I like being at the rink, because you stumble over things that way,’’ he said. “I know the equipment guys from both teams very well, and I’ll wander into them in the hall. You stumble on to things that way, and you have no idea what they will be. ‘Hey, when did that guy get that weird colored stick?’ And usually there’s no big secret about those things that’s going to cause a victory or a defeat, so they’ll tell you. And it gives you one more thing to ask about the next time you see a player. ‘Hey, what’s with the green stick?’ 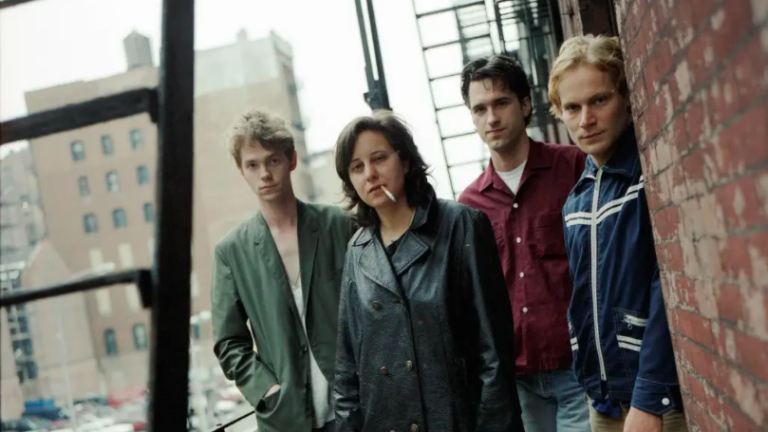 Catching up with Come’s Thalia Zedek and Chris Brokaw