This year’s Stanley Cup Final has filled itself with everything from timely goaltending to big-time hits and controversial officiating. It all ends Wednesday night as the Bruins play host to Game 7 of the Cup Final for the first time in their 95-year existence.

The last time the Bruins skated with the Cup on home ice came after that iconic Bobby Orr goal on Mother’s Day 1970. Here are a few things that this year’s Bruins must do to ensure another celebration on Causeway Street.

Get veteran production from the 2011 leftovers

Five of the current Bruins have been here before: Brad Marchand, Patrice Bergeron, Zdeno Chara, David Krejci and Tuukka Rask. Each of the veteran leaders played a pivotal role in forcing a Game 7.

Bergeron’s pregame speech before Game 6 added another chapter to his illustrious career both on and off the ice. Marchand netted the first goal of that game — a 5-on-3 tally — to quiet a rabid St. Louis fan base hoping to see its team hoist the Cup for the first time in franchise history. Krejci and fellow linemate Jake DeBrusk found an extra pep in their step with Karson Kuhlman’s arrival on Line 2. Rask stood tall again in an elimination game. And Chara, facial injury and all — one game removed from his inspirational comeback — sealed the 5-1 win Sunday with an empty-netter.

Do Boston’s battle tested vets have one more quality performance left in them?

Marchand and Bergeron — along with fellow top-line partner-in-crime David Pastrnak — were held in check in each of the Blues’ victories in Games 2, 4 and 5. Krejci struggled with production until finally notching an assist on Kuhlman’s Game 6 tally. Chara took a step forward after donning a fishbowl for the second straight game on Sunday night.

As for Rask, well, he’s the Conn Smythe Favorite now regardless of the Bruins’ outcome Wednesday night. He’s been outstanding in elimination and clinching games this postseason, going 5-0 with a 0.80 goals against average and .974 save percentage in such scenarios.

Game 7 can turn an ordinary player into a folk hero in Stanley Cup lore. These Bruins vets know that after doing this once before in Vancouver eight years ago. They hope to add another ring to their legacy once the final horn sounds Wednesday night in Boston.

Build on their 5-on-5 performance from Game 6

The Blues are at their best when they establish a strong physical forecheck to set up their north-south brand of hockey. They didn’t do that in Game 6, in part because they wasted their power play opportunities on their 0-for-4 night.

The Bruins used the momentum built from their perfect penalty kill and a 1-for-2 showing on the power play. They took the game over in the third with a four-goal output in the final 20 minutes, including 5-on-5 tallies from Pastrnak, Kuhlman, and Brandon Carlo.

The 5v5 dominance showed beyond the scoreboard as the Bruins out-shot the Blues 27-16 while only allowing four giveaways in Game 6 in one of their better puck possession outings of the year. That was only one game, though. The Blues have been the better team for the majority of the series, and that should bode well for them in a Game 7 where officials tend to keep whistles in their pockets.

They faced a similar issue against Auston Matthews and the Maple Leafs in the first round before Game 7. The Bruins responded with an emphatic statement getting three 5v5 goals from the bottom six en route to another series win over the Maple Leafs.

Obviously, there’s a bigger prize at stake here, but the Bruins showcased a 5v5 formula for success. They’ll likely have minimal power play attempts in Game 7. Playing to their even-strength identity is a must for a Bruins squad hoping to end the decade with their second Cup in nine seasons.

The Bruins may get some help with Matt Grzelcyk (concussion) potentially returning for Game 7. That would give them another puck mover to counter St. Louis’ physical forecheck. They can use any help they can get on the back end to establish that even-strength tempo.

Craig Berube cemented himself as the least likable coach in Boston since Alain Vigneault took his Canucks to battle in 2011. The Jack Adams Award finalist added fuel to the fire with every quote since his infamous “we were the least penalized team in the league in the postseason” answer after taking 17 penalties in the first three games of the series.

The first-year Blues coach didn’t like his team’s physical game in Game 6. A reporter asked Berube about said situation after their 5-1 loss. A rather bizarre answer followed after an acknowledgment of his team not taking the body as well compared to the first five games of the series.

“A lot of times you just don’t get there in time to make the contact. You don’t want to chase it, but when it’s there, you’re on your toes,” Berube said after Game 6. “I think a lot of it personally, just watching the game today, our puck placement wasn’t great to make the hits, things like that. Also, too, I mean, maybe it runs through their head they don’t want to take a penalty, making a bad hit. We got to be aggressive. That’s our style. That’s the way we have success.”

Make no mistake, the Bruins haven’t been totally clean either. Marchand’s trip on Alex Pietrangelo in Game 6 is a prime example. But they’ve resisted the temptation to respond to the Blues’ borderline tactics, which paid off in Game 3 with a perfect 4-for-4 outing on the power play.

A physical response, like Krug’s hit on Robert Thomas in Game 1 — in the aftermath of his net-front battle with David Perron — is fine once in a while. The Bruins can’t make that a habit, though, even with their potent penalty kill holding the Blues’ power play at bay all series long.

Again, the officials tend to keep their whistles in their pockets when hockey’s ultimate prize is on the line. The Bruins and Canucks combined for three penalties eight years ago. The last thing anyone wants is a Game 7 decided by a questionable call or a head-scratching non-call.

This won’t stop the Blues from tempting the Bruins into retaliation. But the more composed team often prevails in a long series. The Bruins showcased that composure earlier in the series. That trait should come in handy again during the final game of the 2018-19 NHL season. 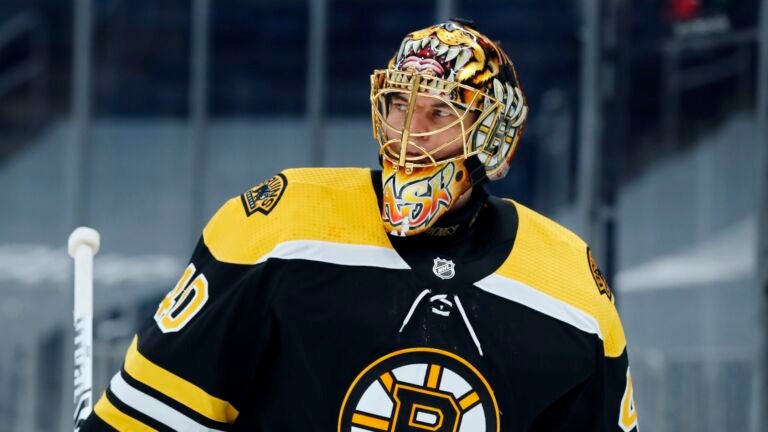 Tuukka Rask plans to have offseason surgery, and other news from the Bruins’ exit interviews