While Hamm and Fischer featured prominently at games in St. Louis’ Enterprise Arena during the Cup Final, Cohen made the trip to Boston for Game 7, even moving his originally scheduled appearance on Meyer’s show to the next day so he could watch the Blues win it all in person.

“I was the chump that showed up,” Cohen said of being one of the few St. Louis fans present at TD Garden. “It’s black and yellow everywhere at the Garden, and here I am wearing this jersey. I’m like ‘hey, everybody.’”

When Meyers, who grew up in New Hampshire, joked that Bostonians are not a historically welcoming fan base, Cohen remarked that there were a few dicey moments as the Cup slipped away from the Bruins.

“What I found was people either wanted to give me the finger or take a selfie,” Cohen said. “That was the pendulum that was swinging back and forth. But ultimately, inside the Garden, I gotta tell you something. The people were really cool, and then about midway through the second period, I felt the energy start to shift. And there was no one to blame but me and my friend Fred, basically, who were wearing the Blues’ uniforms.”

Cohen said he and his friend adopted a modest level of cheering so as not to antagonize the sea of disappointed Bruins fans, including those directly behind him, who he said “truly wanted to rip [Jordan] Binnington limb from limb.”

When Meyers, ever fascinated with the Boston accent, asked if Cohen received any taunts that “felt very Boston,” Cohen put on his best impression of a Bostonian. 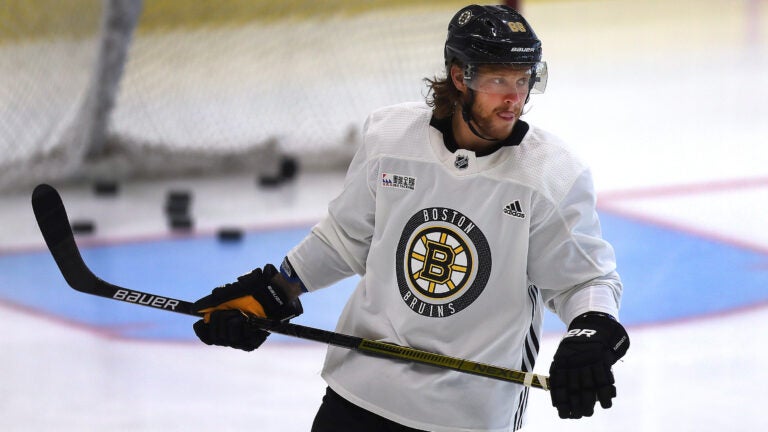 The Bruins leave for Toronto Sunday. Here’s 7 things to know about their restart.