Bruins center Patrice Bergeron was named a finalist for what would have been a record fifth Selke Trophy at the NHL Awards Wednesday in Las Vegas, but he finished in third place behind Vegas Golden Knights right wing Mark Stone and St. Louis Blues center Ryan O’Reilly.

It was the third time in a week O’Reilly, who won the Conn Smythe Trophy as the playoffs’ most valuable player and won the Stanley Cup on TD Garden’s ice, has bested a Bruin.

The Frank J. Selke Trophy is described by the NHL as given “to the forward who best excels in the defensive aspects of the game,” and is voted on by members of the Professional Hockey Writers’ Association at the end of each regular season. Here is a look at how voting for the award shaped out.

Voting for the Frank J. Selke Trophy as selected by members of the PHWA: pic.twitter.com/ZElunlIDLc

Bergeron ultimately earned 809 total points in the voting, behind Stone’s 881 points and O’Reilly’s 1,001. Bergeron received more third and fourth place votes (39 and 32, respectively) than any other player.

Bergeron remains tied with Bob Gainey, who won the award the first four years it was given, for the most ever Selke Trophy wins. Bergeron previously won in 2012, 2014, 2015, and 2017. This was the eighth straight year Bergeron has been named a finalist for the award and he has not finished lower than fifth in voting since 2010. 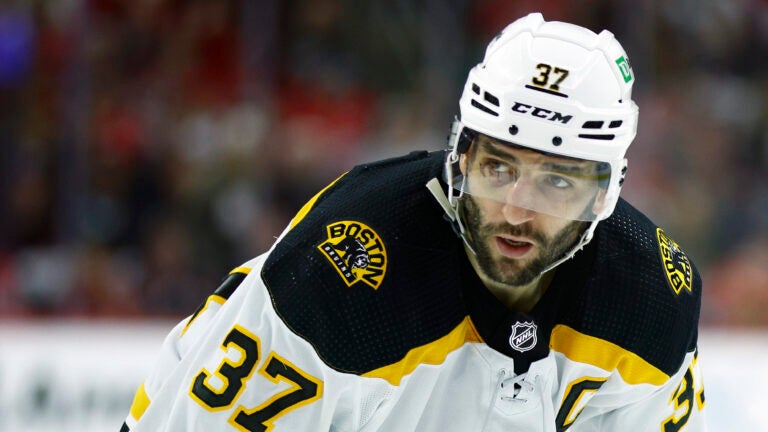