Second-year winger Danton Heinen, unsatisfied with negotiations with the Bruins, elected to take the club to salary arbitration.

Heinen, who turned 24 on Friday, was one of 40 restricted free agents to put in by Friday’s 5 p.m. deadline, according to the NHL Players Association. He was one of two arbitration-eligible RFAs. Winger Peter Cehlarik was the other.

The intelligent, defensively-responsible Denver University product scored 11 goals with 23 assists in 77 games last season, a dip from his rookie-year line of 16-31–47 in the same number of games. He fit best on the third line with trade deadline additions Marcus Johansson and Charlie Coyle, the latter of whom is under contract for 2019-20.

Both the Bruins and Heinen’s camp, which includes agent Allain Roy, will submit their suggested salary to a negotiator. Decisions are rendered this month and next. All awards are for one or two years and the club can choose.

The sides can continue negotiating throughout the process.

The Bruins have 48 hours after the ruling to walk away — something they last did in 2006. Boston then cut defenseman David Tanabe, who was awarded $1.275 million. Free to sign elsewhere, he chose Carolina.

They also balked at $2.51 million in 2003 for blue liner Bryan Berard, who bolted for Chicago, and in 1999 for winger Dimitri Kristich ($2.8 million; he signed with Toronto). 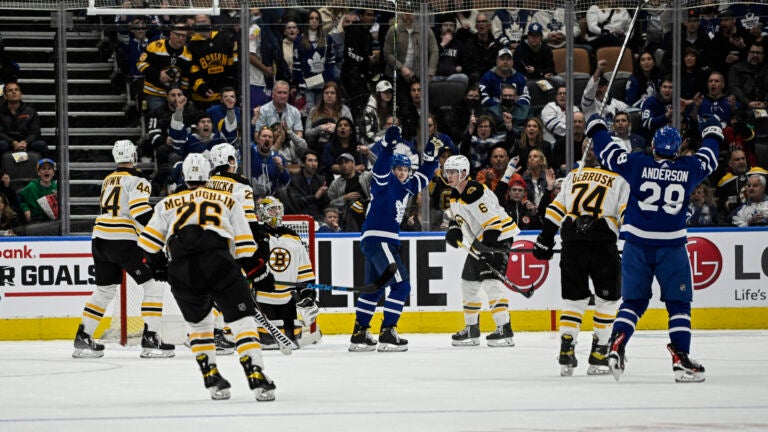