It’s been four months since the Boston Bruins took the ice for a meaningful hockey game, but the long and painful wait is finally over.

Bruce Cassidy and company start their quest for redemption Thursday night in Dallas as part of a 10-day road trip to kick off the 2019-20 season.

The Bruins, just a few months removed from their bitter Game-7 loss to the St. Louis Blues in the Stanley Cup Final, have brought back a majority of their roster from last season and hope to have similar success this time around.

This offseason wasn’t full of major headlines and free-agent acquisitions, but a few dominoes fell into the Bruins’ lap this summer. Here are some things you might have missed this offseason.

It didn’t take long for the Bruins to take care of business with one of the top coaches in today’s NHL.

Cassidy, who just led Boston to within one game of the league’s ultimate prize, has an impressive 117-52-22 mark in his three-plus seasons since taking over for Claude Julien.

? #NHLBruins coach Bruce Cassidy goes 1-on-1 to talk about his multi-year contract extension: "It's a privilege and an honor. Happy to be sticking around for a while." pic.twitter.com/1kQJUjelOE

Cassidy’s production on the ice and honesty with his players and media alike earned him great favor in Boston. Bruins fans should be happy that they locked up their bench boss for many years to come.

TD Garden had a major facelift.

Fans got a glimpse of the massive renovations to the outside of TD Garden last season during the playoff run. This year, the Causeway Street barn saw some notable interior changes.

The most noticeable difference: the black-and-gold seats are gone in favor of an all-black interior. This will take some time to get used to.

The multi-million dollar renovation gives fans a whole new gameday experience. TD Garden now has more amenities than ever, including the new seats and a brand new pro shop. A plethora of new bars, restaurants and retail outlets will make their way to the upgraded venue during the season.

The brand new @BostonProShop, powered by @47, officially opened its doors on Tuesday.

And there were plenty of special guests on hand to help at the unveiling. pic.twitter.com/JqoxUmAJEU

And the Bobby Orr statue even has a new home.

Welcome home, #4! Yesterday, the Bobby Orr statue was moved to its new location in #TheHubOnCauseway. ? pic.twitter.com/IS1kFLXMa7

Krug has been one of the most productive puck-moving defensemen in the entire National Hockey League throughout his career. The 5-foot-9 blue-liner took on a new role this summer following the birth of her daughter, Saylor.

With his new role as a dad now intact, Krug provided some touching moments with Saylor during the preseason.

Some of his teammates — namely David Pastrnak — took on a de facto role as Saylor’s uncle.

Similar to the TD Garden, DeBrusk had a new look coming into this year’s training camp.

The third-year forward sported a full-blown greasy mullet — in homage to his father Louie DeBrusk — throughout the preseason. It had some mixed reviews, to say the least.

DeBrusk eventually shaved the luscious mane of lettuce during the second week of camp. But fret not, the Bruins captured this all-time head of hockey hair before the third-year forward trimmed off the flow.

Don Sweeney somehow pulled off one of his more impressive feats — all while keeping the Bruins compliant with the salary cap.

In a two-day span, the Bruins inked two of their coveted young defensemen in McAvoy and Carlo. The former signed a for a three-year contract with an annual $4.9 cap hit, while the latter inked a two-year contract worth a total of $5.7 million.

The Bruins still had a little bit of money left over after the two signings. This, in and of itself, puts Sweeney in an early discussion for GM of the year. 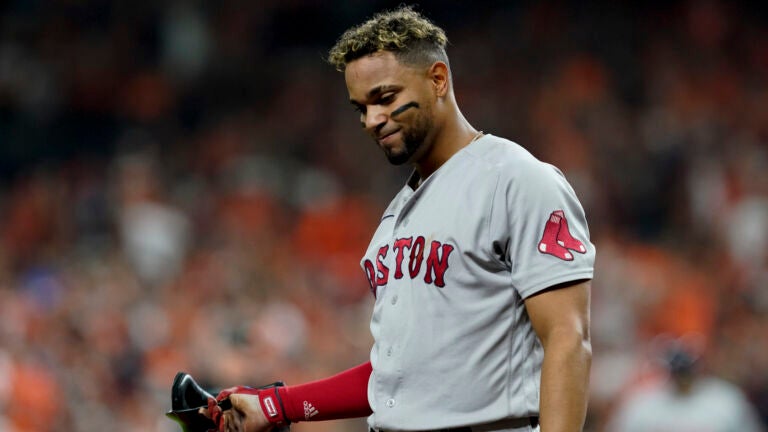